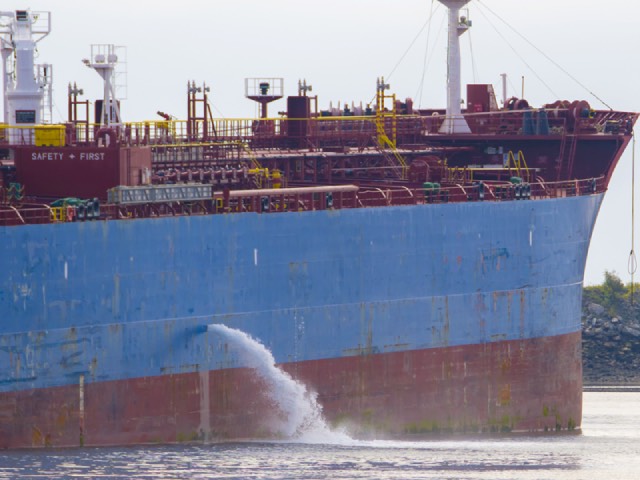 An important international treaty which helps prevent the spread of potentially invasive aquatic species by ships now covers more than 90% of shipping worldwide, following China’s extension of the treaty to the Hong Kong Special Administrative Region. Ships flagged to Hong Kong, China – the fourth largest flag Administration in the world by shipping tonnage – will now be required to apply the requirements of the Ballast Water Management Convention (BWM).

The BWM Convention aims to protect marine ecosystems by requiring ships to manage their ballast water so that harmful aquatic organisms and pathogens are removed or rendered harmless before the ballast water is released into a new location. This helps prevent the spread of invasive species – as well as potentially harmful pathogens.

The BWM Convention entered into force in 2017 and now has 83 Parties, representing 90.98% of the gross tonnage of the world’s merchant shipping, up from 81.83% previously. Since the entry into force requirements for the treaty were met in September 2016, there have been some 30 ratifications, with the percentage of world merchant shipping tonnage covered increasing considerably, from 35.14% to 90.98%.

China notified IMO on 13 May that the Government of the People’s Republic of China has extended the BWM Convention to the Hong Kong Special Administrative Region, with effect from 13 August 2020.

Find out more about the BWM Convention, including frequently asked questions and an infographic on complying with the treaty, here.

​A key IMO initiative supporting ship decarbonization – the Global Industry Alliance (GIA) to Support Low Carbon Shipping – will intensify its work on the ship-port interface to reduce emissions from ships. This is one of the outcomes of a GIA task force meeting, which took place over videoconference on 14-15 May.

During the meeting, 21 participants from the industry and the IMO Secretariat discussed progress on a number of ongoing projects and set tangible goals for the GIA up to 2023. Participants agreed to continue work under the existing workstreams, including alternative fuels and validating the performance of energy efficiency technologies, and to expand these even further.

They also agreed to embark on an entirely new workstream aimed at creating a “holistic approach to reducing emissions in the ship-port interface”. This will support implementation by ports of regulatory, technical, operational and economic actions to help reduce GHG emissions from ships, such as providing onshore power supply and safe and efficient bunkering of alternative low-carbon fuels. This new workstream will also identify additional measures that could be taken to reduce emissions in the ship-port interface. This new workstream builds on the work undertaken by the GIA on the “Just-in-Time” (JIT) Arrival of Ships. JIT operation allows ships to optimise their speed so they arrive at their destination port when their berth is ready for them – cutting the time ships spend waiting outside ports with their engines on, thereby saving energy and cutting costs and emissions.

The group further discussed as to how it could support the financial recovery of the maritime sector to COVID-19. The GIA also considered in detail the aims and objectives of the IMO-Norway GreenVoyage2050 Project and discussed ideas for collaboration, in particular, how to catalyze demonstration and trialing solutions in the GreenVoyage2050 pilot countries.

It was the first meeting of the GIA task force since it became part of GreenVoyage2050, an IMO-executed project, funded by Norway, to initiate and promote global efforts to demonstrate and test technical solutions for reducing ship emissions. The project also aims to enhance knowledge and information-sharing to support the IMO GHG reduction strategy.

The GIA is an innovative public-private partnership initiative of IMO that brings together maritime industry leaders to support an energy-efficient and low carbon maritime transport system. The GIA was set up as part of IMO’s Global Maritime Energy Efficiency Partnerships (GloMEEP) project in 2017, but is now running under GreenVoyage2050 following a new agreement, earlier this year, signed by 14 companies, which have committed to financial and in-kind contributions, such as sharing expertise, until 2023.