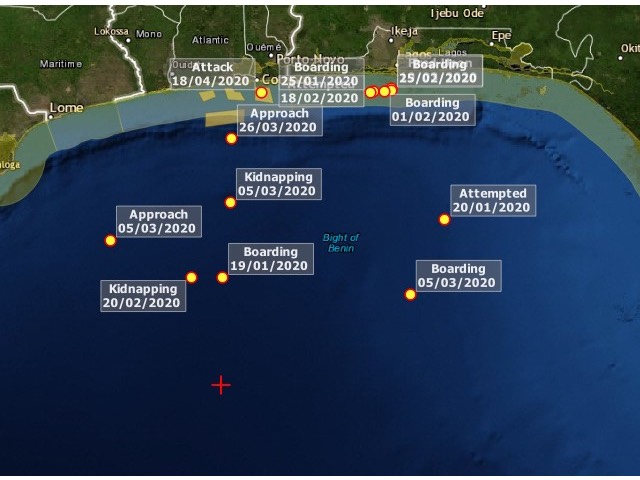 The MV Nigeria Grande was able to increase her speed and was able to proceed without further incident.

All vessels in the area should remain highly vigilant as the threat remains.

Details regarding this event remain unclear and Dryad will update accordingly. The notable presence of a small cargo vessel with skiffs in tow is commensurate with the actions of a mother vessel as is the deep offshore location of the incident, however it should be noted that this activity is often indistinguishable from local fishing traffic and until further details are known it is unclear whether this vessel is acting in support of deep offshore piracy.

All vessels in the area should remain highly vigilant as the threat remains.