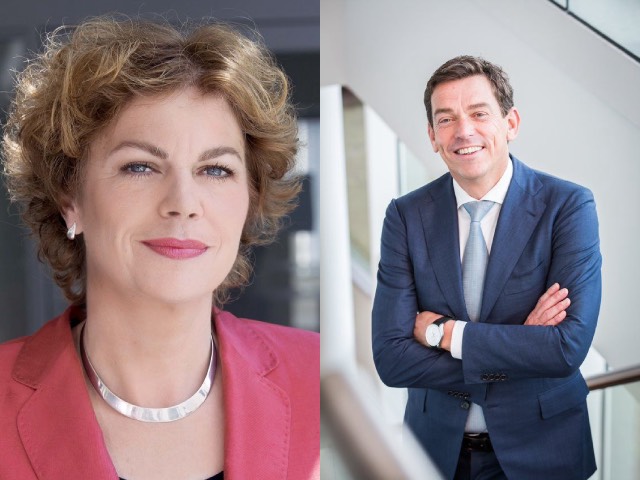 Ingrid Thijssen will resign from the Supervisory Board of the Port of Rotterdam Authority on 1 May 2020, while Ruud Sondag will be re-joining the Board as of that date.

Ingrid Thijssen has served on the Supervisory Board of the Port of Rotterdam Authority since 1 September 2017. She will be stepping down in connection with her appointment as Chair of the Dutch employers’ federation VNO-NCW, a position that cannot be combined with a seat on the Port Authority’s Supervisory Board.

Ruud Sondag previously served on the Supervisory Board of the Port of Rotterdam Authority from 1 April 2017 to 31 May 2018. He resigned at the time in connection with an appointment as CEO of Eneco, entrusted with managing the sale of the power company. This sale was recently rounded off. As of 1 May 2020, Sondag will sit on the Supervisory Board for a term of three years.

L.M. (Ruud) Sondag LL.M. (1962) read law at Utrecht University. Sondag has broad experience in both executive and supervisory roles, and is furthermore involved in a variety of initiatives relating to the circular economy and the energy transition. After fulfilling a number of management positions at the Royal Nedlloyd Group, Sondag moved to the Van Gansewinkel Group, where he served as CEO from 2001 to the end of 2012. As a result, he is also familiar with the complex aspects (public administration and otherwise) of environmental and regulatory issues.

From 2012 on, Ruud has been active as an entrepreneur/investor. For example, in 2016 he founded Circular One, an investment vehicle for the Circular Economy market. Before this, he was involved as a major shareholder in Utrecht-based Scherpenzeel BV, a typical example of the circular economy that specialised in the secure destruction of sensitive materials and plastics recycling.