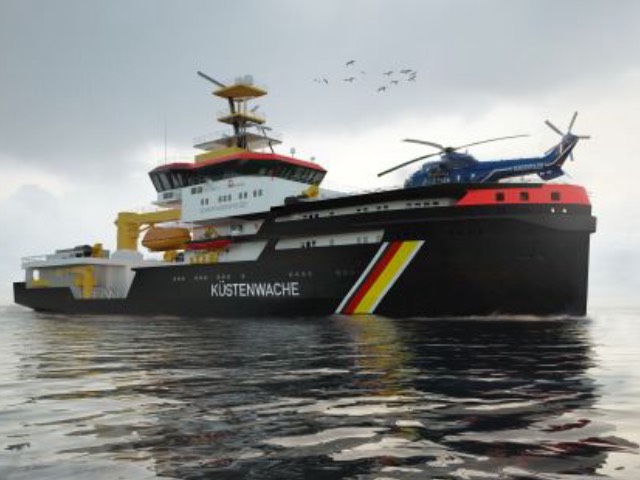 These next generation vessels will be capable of performing a number of tasks, such as emergency towing, fire-fighting, buoy tendering as well as oil recovery and chemical recovery operations. One of the many innovations is the ship’s propulsion concept with LNG as a single fuel.

LR Hamburg office provides dedicated technical support relating to the complex regulatory framework for these multi-functional ships. Early design screening of the LNG fuel gas system layout together with many more independent verifications of the initial design concept were performed prior to the final award of the classification contract to LR.

Due to the ship’s variety of special duties the system design and on-board integration is complex. For chemical recovery operations the ships are designed for a gas safe operation using a citadel concept to protect the crew from hazardous substances. The combination of an LNG as single fuel propulsion concept with the special operational duties listed above makes these ships novel with unique features.

Markus Büsig, LR’s M&O President for North Europe, said: “LR welcomes the opportunity to support Abeking & Rasmussen and their client with these two next-generation vessels. This is a significant achievement for the LR team as these ships will push the boundaries of flexibility and innovation.”

The design and engineering phase is underway and construction scheduled to begin in 2021 with the ships due to be delivered in 2023.