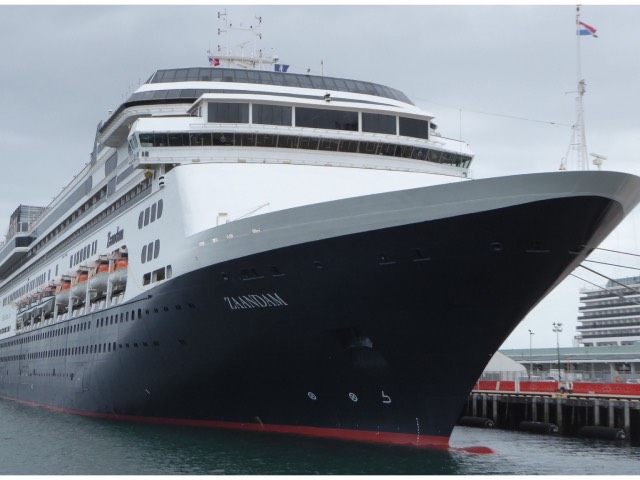 The relaxing cruise ship vacation has turned into a nightmare ordeal for passengers on board cruise ships that ventured out to sea in the midst of the coronavirus pandemic.

Ships are struggling to find a port to dock and disembark passengers as authorities across the world limit access to cruise ships amid precautionary measures aimed at curbing the spread of the coronavirus.

Two ships of the Holland America cruise operator are stuck at sea and the company is scrambling to find a port to accommodate the ships as passengers on board the vessels start getting sick and some of them even die.

The cause of death was not unveiled, however, the company did say that two individuals tested positive for the COVID-19.

The tests were conducted after a number of guests started reporting to the medical center with influenza-like illness symptoms.

The company said that all guests were told to self-isolate in their staterooms and implement all other appropriate precaution measures advised by the CDC.

The company added that all guests and crew received face masks and were provided with instructions on when and how to wear them.

After being turned away by ports in Chile, Zaandam is en route to Fort Lauderdale, Florida. On its way to the US it rendezvoused with its sister ship Rotterdam off the Coast of Panama last week.

The two ships carried out ship-to-ship operations while at anchor, transferring medical supplies and additional medical staff to Zaandam.

Additionally, groups of healthy Zaandam guests were transferred to Rotterdam.

“Only those who have not been ill will be moved, and health screenings will be conducted before transferring. Once aboard Rotterdam, all guests will continue to remain in their staterooms until disembarkation. Any guests who are currently ill, or in isolation as a close contact, and all crew will remain on Zaandam,” the company said.

Commenting on the transfer of guests, Holland America Line President Orlando Ashford said that the intention was not to create a healthy ship and a sick ship, that would be managed separately.

He pointed out that the two ships would stay together and work in tandem. As explained, the primary goals are to reduce the workload on each ship, create maximum flexibility by having open cabins for isolation purposes, and moving people who have been in inside cabins to those where they can have light and some fresh air.

He added that the key to keeping people in isolation, both sick and those with health problems, is to avoid cross-contamination.

Holland America’s two cruise ships passed the Panama Canal on Sunday, March 29. The passage through the canal will cut the ships’ travel time to a port on the Pacific Coast of the United States by 2.5 days.

The MS Zaandam had booked a transit through the Panama Canal for April 1, 2020.

The canal authority said that the transit was facilitated under “extraordinary conditions and for humanitarian reasons.”

Passengers transfer continued throughout Saturday, March 28, and the delivery of additional supplies was completed on Sunday, March 29.

As informed, Panama‘s Health Ministry (MINSA) authorized the MS Zaandam’s transit on March 28 after receiving information on the sanitary conditions of the vessel, including four deaths on board.

On Saturday, the Panama Canal also authorized the transit of the MS Rotterdam, under the same conditions established by MINSA, allowing both ships to transit one after the other.

“The Panama Canal has taken extreme sanitary measures to transit these two ships, including using the Neopanamax Locks as a means of reducing to a minimum the number of canal employees involved in the transit,” the canal authority said.

Port Everglades in Fort Lauderdale has been identified as the ships’ final destination. However, Fort Lauderdale’s Mayor Dean Trantalis is not on board with the decision.

Trantalis believes it would be a better solution to send the ships to a nay base on the eastern seaboard where they could dock and be dealt with in a much more controlled environment.

“The problem here is that Port Everglades sits in the very middle of a vast urban area,” he said.

“We cannot accept the ship coming here only if at a minimum the same protocols are followed several weeks ago when a cruise ship of sick people docked at the Port of Oakland in California.”

He insisted that the community could not afford further health risks as there are already thousands of people in For Lauderdale testing positive to the virus.

“There need to be stringent separation procedures. Foreign nationals must be triaged and as soon as possible put on planes destined for their own country. Sick Americans must be taken to hospitals that are already not facing the possibility of being overwhelmed by local COVID-19 carriers. And, healthy, non-symptomatic American passengers must be taken to close-by military bases for quarantine.”