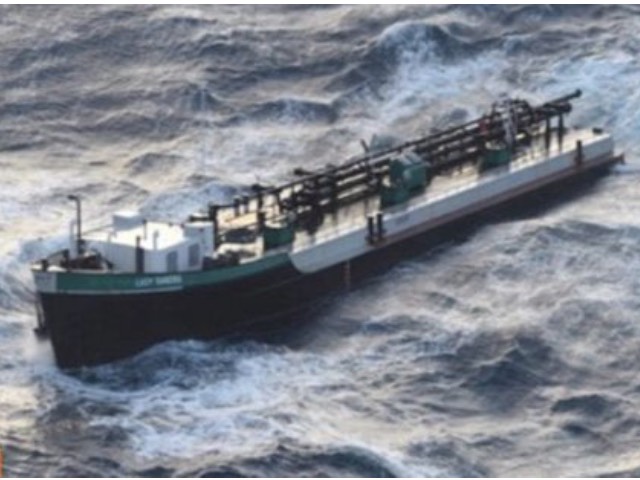 Product tanker LADY SANDRA was caught in rough seas and issued distress signal at around 2030 UTC Mar 25, reporting severe structural damages and hull about to break in two, E of Valetta Malta.

Rescue crews in Malta rescued three seafarers after their vessel split in two in the western Mediterranean Sea on Wednesday.
The Armed Forces of Malta was alerted late Wednesday night that the 89-meter Lady Sandra, an inland tanker flagged in the UK, had split in two in rough weather.
Reporting indicates that the vessel departed Istanbul, Turkey on February 6 and no oil has spilled, indicating the ship was unladen at the time.
The Armed Forces of Malta dispatched a search and rescue vessel to the area leading to the rescue of three crew members, including two Egyptians and one Romanian.
Both halves of the vessel are believed to be still afloat.