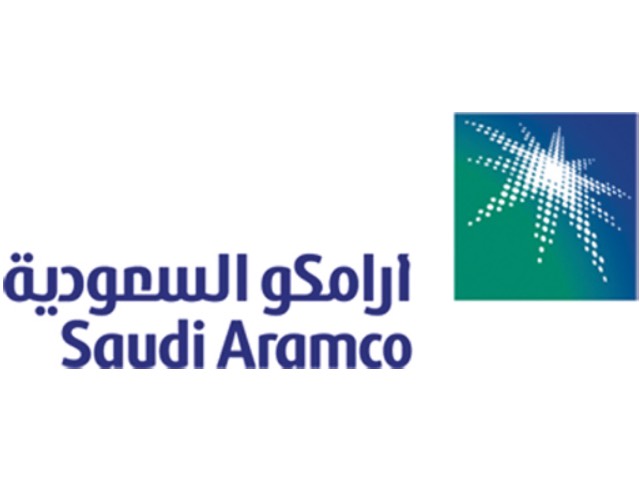 The Saudi Arabian Oil Company (“Saudi Aramco” or “the Company”) today announced its full-year 2019 financial results, delivering strong profits and dividends despite a lower price environment and challenging margins in refining and chemicals.

Net income was $88.2 billion for the full-year 2019, compared to $111.1 billion in 2018. The decrease was primarily due to lower crude oil prices and production volumes, coupled with declining refining and chemical margins, and a $1.6 billion impairment associated with Sadara Chemical Company.

Free cash flow* was $78.3 billion, compared to $85.8 billion the previous year. This was primarily due to lower income, offset by lower capital expenditures and favorable working capital movements.

The balance sheet showed a gearing ratio of -0.2% at the end of 2019, demonstrating the Company’s strong and prudent financial framework.

With respect to calendar year 2020, and as described in the Company’s IPO prospectus, the Company, subject to Board approval, intends to declare aggregate ordinary cash dividends of at least $75.0 billion a year, paid quarterly. First quarter 2020 dividends are anticipated to be announced along with the Company’s first quarter 2020 financial results, which are expected to be published in May 2020.

Capital expenditure last year was $32.8 billion, compared to $35.1 billion in 2018. The Company expects capital spending for 2020 to be between $25 billion and $30 billion in light of current market conditions and recent commodity price volatility. Capital expenditure for 2021 and beyond is currently under review. The Company’s low upstream costs and low sustaining capital provide significant flexibility and demonstrate differentiation to its peers.

In 2019, the Company remained one of the world’s largest producers of crude oil and condensate with an average total hydrocarbon production of 13.2 million barrels per day of oil equivalent.

Following the attacks on two facilities in September, the Company restored production levels within 11 days, due to its emergency response training and procedures. As a result, the Company demonstrated its long-standing reputation for reliability.

In February 2020, the Company received regulatory approval for the development of the Jafurah unconventional gas field in the Eastern Province. It is the largest unconventional gas field in the Kingdom to date, with an estimated 200 trillion cubic feet of resources. The field will be gradually developed in phases. The start of production of the first phase is expected in early 2024.

In its downstream business, the Company continued to enhance its portfolio, optimizing operations and capturing value from strategic integration across the hydrocarbon value chain.

Saudi Aramco entered into a share purchase agreement last year to acquire the Public Investment Fund’s 70% equity interest in SABIC, one of the world’s largest chemicals companies, for $69.1 billion. The acquisition will accelerate Saudi Aramco’s downstream strategy and help capture rising demand for petrochemical products over the longer term. Upon closing of the SABIC transaction, anticipated in the first half of 2020, the Company is expected to become one of the world’s largest petrochemical producers by production capacity.

In December 2019, Saudi Aramco completed the world’s largest initial public offering. This followed a $12 billion inaugural international bond issuance in April 2019.
Saudi Aramco continued to maintain a position of strong safety with respect to occupational and process safety performance. This was achieved by continuing to emphasize operational discipline, visible commitment to safety, and innovative safety technologies.

Saudi Aramco improved its environmental performance of its upstream operations, reducing carbon intensity to an estimated 10.1 kg of C02e/boe in 2019 compared to 10.2 kg of C02e/boe the previous year. In addition, the Company is in the process of planting one million trees across the Kingdom, and has also launched a mangrove project with more than two million mangrove seedlings planted.

“2019 was an exceptional year for Saudi Aramco. Through a variety of circumstances – some planned and some not – the world was offered unprecedented insight into Saudi Aramco’s agility and resilience.”

“Our unique scale, low costs, and resilience came together to deliver both growth and world-leading returns, while also maintaining our position as one of the world’s most reliable energy companies.”

“These strengths, combined with a strong balance sheet and a disciplined and flexible approach to capital allocation, allow us to underpin our goal of sustainably growing free cash flow to support dividends to our shareholders despite continued volatility of markets.”

“The recent COVID-19 outbreak and its rapid spread illustrate the importance of agility and adaptability in an ever-changing global landscape. This is central to Saudi Aramco’s strategy and we will ensure that we maintain the strength of our operations and our finances. In fact, we have already taken steps to rationalize our planned 2020 capital spending.”

“As the world deals with the difficult and dual challenge of satisfying demand for more energy alongside responding to the rising desire for cleaner energy, I believe we are well positioned given our oil production is among the least carbon intensive in the world.”