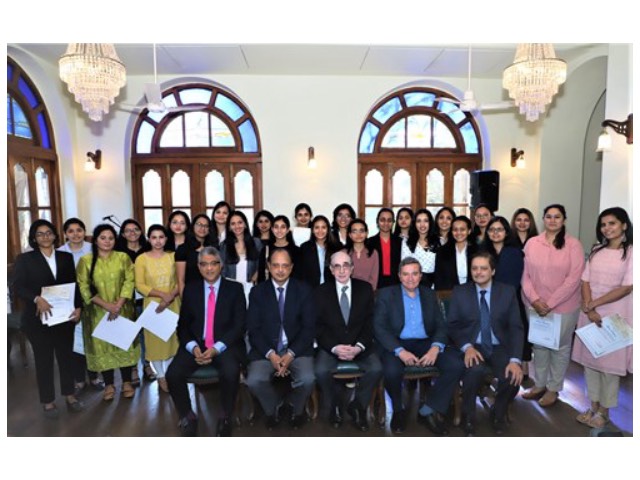 Indian Register of Shipping (IRClass) continues to give back to the community it serves in meaningful ways such as the ‘S Venkiteswaran Prizes in Law’.

Established in 2015 by IRClass in honour of the late Mr. S Venkiteswaran, the ‘S Venkiteswaran Prizes in Law’ recognise academic excellence at the Government Law College, Mumbai (GLC Mumbai) which is the oldest Law College in Asia. Mr. Venkiteswaran was a legal luminary and internationally acclaimed stalwart in the field of maritime law. He was the founding President of the Indian Maritime Law Association and served on the Board of IRClass as a Director for more than a decade.

On 7 February 2020, 44 students received the prizes at an awards ceremony held at the Royal Bombay Yacht Club. IRClass awarded the prizes which included a citation and a cheque to students scoring the highest and second highest marks across 16 subjects of the Bachelor of Laws (LLB) course at GLC Mumbai.

Prof Pithawalla expressed his gratitude to IRClass and the family of late Mr Venkiteswaran. He noted that the Shri S Venkiteswaran Prizes in Law are highly sought after, and highlighted the exceptional performance of female undergrads at GLC Mumbai as evidenced by female students accounting for over 80% of this year’s prize recipients.

In his speech, Mr Suresh Sinha lauded the contributions made by late Mr Venkiteswaran to IRClass as well as the Indian and international maritime industry. “Mr Venkiteswaran was an absolute titan in the fields of maritime law and shipping, and his immense contributions serve as an inspiration for generations to come. IRClass’ support for the Shri S Venkiteswaran Prizes in Law is one way in which his legacy lives on,” said Mr Sinha.