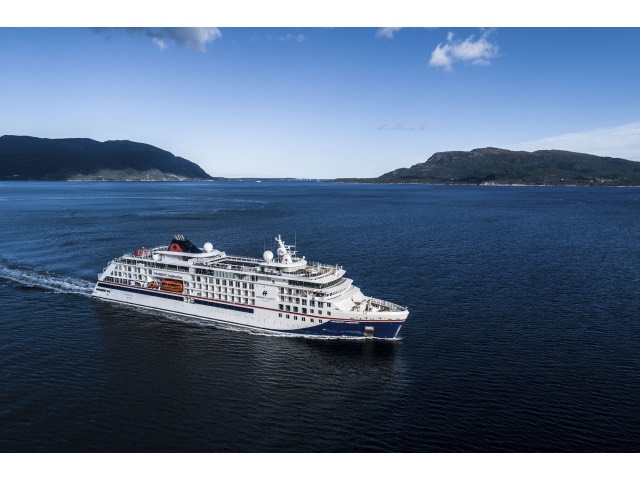 TUI Group and its longstanding partner Royal Caribbean Cruises are planning to expand their luxury, expedition and premium cruise segment and to attract new target audiences for luxury cruise products. The expansion of the Hapag-Lloyd Cruises brand will be at the core of this strategy. The former TUI Group subsidiary will be integrated into the TUI Cruises joint venture, a successful structure having been established by TUI and Royal Caribbean since 2008.

A contract signed in Hamburg today values Hapag-Lloyd Cruises at 1.2 billion euros. The closing of the transaction is expected for this summer. Under the joint venture profit-sharing agreement TUI will report 50 percent of Hapag-Lloyd Cruises’ earnings. With the transaction, TUI and Royal Caribbean Cruises Ltd. have agreed to further expand their partnership by using the proven joint venture structure of TUI Cruises also for the luxury and expedition cruise segment. The transaction is in line with TUI’s previously stated objective to deliver additional profitable growth at a lower level of capital intensity.

TUI Group’s plans for the expansion of the Cruises segment will be expedited by the transaction. As a result of limited global shipbuilding capacity, TUI Cruises’ Mein Schiff fleet are not scheduled for the next three new build deliveries until 2023, 2024 and 2026.

The integration of Hapag-Lloyd Cruises in the joint venture will allow TUI to participate in global cruise industry growth at a low level of capital expenditure.

“Products and brands such as MS Europa and MS Europa 2 have international potential and appeal. Going forward, this will enable us as shareholders to take a capital-light approach to financing the ships and international growth within a joint venture framework. TUI and Royal Caribbean Cruises have developed the joint venture company on the basis of a strong partnership over the past ten years. The expansion decision is the next big step of growth for us – from a strategic and a commercial perspective,” said Fritz Joussen. Each partner will continue to leverage its core strengths: TUI’s strong brand and selling power combined with Royal Caribbean’s shipbuilding, operational and digital expertise.

TUI Group will use the transaction proceeds to strengthen the Group’s balance sheet and to drive its transformation into a digital organisation. The first stage of the transformation, which began in 2013, saw the company evolve from a traditional tour operator model into a successful developer, investor and operator of hotels and cruise ships, as well as destination activity provider. Now the next phase – TUI’s transformation to a digital platform organisation – has begun. Digital business models, as well as the Hotels, Resorts and Cruises divisions, will be the TUI Group’s mainstays in the future. However, growth and investments in hotels and cruise business will be less capital intensive. This ‘asset light’ strategy was announced in December 2019. Asset light expansion has already been adopted for hotel investments such as the brand TUI Blue and now also for the cruise brands.