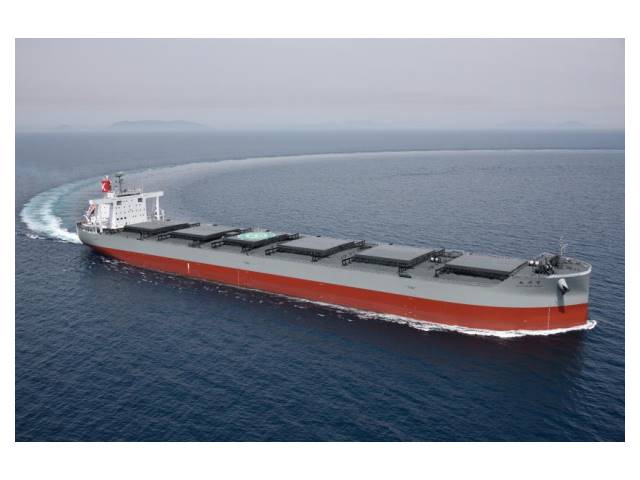 TOHOKU MARU is same type as “K” Line’s specialized fleet for transport of thermal coal known as the “Corona-series”. The “Corona-series” consists of epoch-making coal carriers equipped with wide beam and shallow draft, which are the most suitable type to enter ports of Japanese Thermal Power Stations to discharge cargo.

TOHOKU MARU is equipped with latest energy-saving and ecological technology such as Advanced Flipper Fins and Rudder Fin which promote her propeller efficiency. She also has the latest ecological technology such as ballast water management system which protects marine ecosystems, and SOx Scrubber which eliminates sulfur oxides from exhaust gas of engine and enables her to comply with the Global regulation of SOx which started in January, 2020.