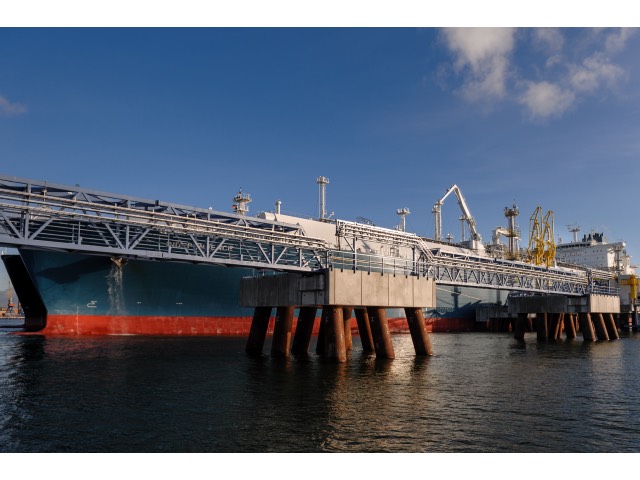 KN has been appointed as the operator of a liquefied natural gas (LNG) terminal in the Brazilian Port of Açu. KN, KN Açu Serviços de Terminal de GNL Ltda. (Brazilian SPV) and Gas Natural Açu (GNA), which is a joint venture among Prumo Logistica, BP and Siemens, signed a respective agreement for the provision of the services.

Following the signing of the agreement, KN assumes the responsibility for the provision of safe, reliable and efficient operations, including maintenance of the jetty and its installations, gas pipeline and gas metering stations as well as supporting the commissioning of the LNG Terminal. The agreement will become effective once GNA receives remaining corporate and lenders approvals. The initial term of the agreement is for a 13-year operational period following the completion of the terminal and can be extended upon mutual agreement. LNG terminal at the port of Açu is due to start operations in 2020 for the commissioning of GNA’s Thermal Power Plant, UTE GNA I.

“I am excited that today KN brings its expertise to a key project in the expanding Brazilian energy market and I believe that by choosing an independent operator GNA has established the most effective setup for the operations at the Port of Açu LNG terminal. This year marks the 60th anniversary of KN as a company and 5 years of successful operations at the Klaipeda LNG terminal and I am proud to see the increasing demand for our services internationally, – says Darius Šilenskis, CEO of KN. – The highest standards achieved in implementation of the LNG terminal project in Lithuania are recognised internationally. Over time, we have accumulated competences that we seek to utilize globally to earn returns for our shareholders.”

The LNG to power project, developed by GNA at the Port of Açu in Brazil, is the largest of its kind in South America. The project includes two natural gas-fired power plants with a combined capacity of 3GW and the LNG import terminal with a regasification capacity of 21mm m3/day. The newly built FSRU BW Magna of 170,000 cubic meter storage capacity is delivered and operated by BW, while the liquefied natural gas will be supplied by BP, also a shareholder at GNA.

”This agreement is an important milestone for our project. KN will bring its experience to our LNG Terminal. We are confident that KN will maintain high safety performances”, says Bernardo Perseke, CEO of GNA.

KN has established a company responsible for the implementation of this project in Brazil and will form a team of up to 30 local specialists in 2020. Strategic project management and operational supervision will be ensured by KN team in Lithuania, acting as an LNG competence centre.

“The envisaged operating model will allow us to use KN competencies gained both in Klaipėda and internationally, as well as the knowledge of professional and experienced Brazilian specialists. We believe that this synergy will help us meet high expectations of our customer and ensure flawless operations of the terminal in Brazil, as we have been able to maintain for the five years of LNG import terminal operations in Lithuania,” says Šilenskis.

KN partnered up with companies developing LNG projects in South America in 2015-2016, when the company supported the construction and commissioning of the LNG terminal in the port of Cartagena, Colombia. KN team provided advisory services concerning technical conditions of the port and terminal operations, risk and security management, as well as training of key specialists and other assistance in the commissioning of the LNG terminal.