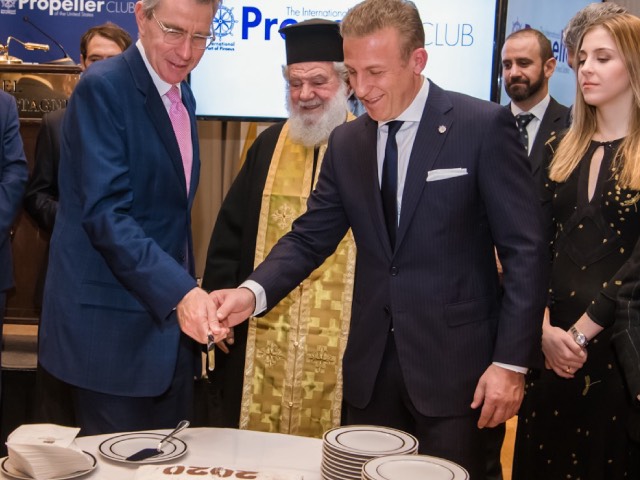 Once again, the International Propeller Club of the United States, Port of Piraeus, celebrated New Year in the Greek tradition, with the cutting of the traditional Greek New Year cake at the Grande Bretagne Hotel on Monday 20th January 2020.

Costis J. Frangoulis, President of the Propeller Club, extended his New Year wishes for the maritime industry, the men and women at sea, and for the continuation of the excellent relationships between Greece and the United States in the maritime arena. This, he said, would make 2020 another great year for the Propeller Club.