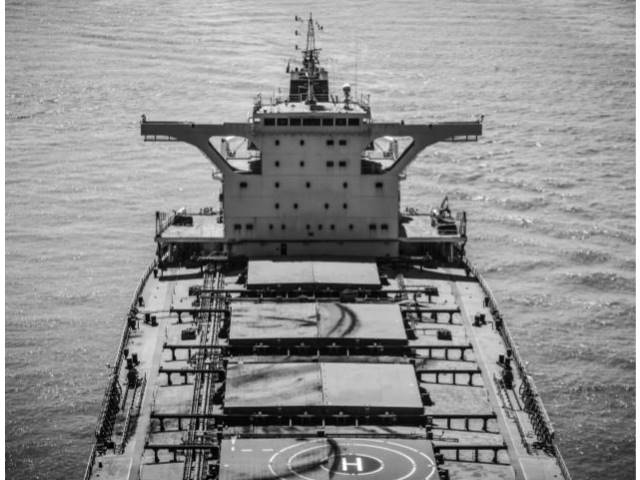 One of the many challenges faced by shipowners with the coming into effect from 1st January 2020 of the MARPOL Convention Annex VI global sulphur cap reduction for marine fuel for general shipping from 3.50%wt to 0.50%wt (IMO2020), is the approach that will be taken by Port State Control (PSC) agencies to IMO2020 compliance in different jurisdictions.

One of the many challenges faced by shipowners with the coming into effect from 1st January 2020 of the MARPOL Convention Annex VI global sulphur cap reduction for marine fuel for general shipping from 3.50%wt to 0.50%wt (IMO2020), is the approach that will be taken by Port State Control (PSC) agencies to IMO2020 compliance in different jurisdictions.

This is familiar territory for shipowners whose vessels are engaged in international trading: even with the international standardising of marine pollution regulation through MARPOL, as with other maritime conventions, each jurisdiction can adopt slightly different approaches to implementation, compliance and enforcement.

The government agency in Australia with primary responsibility for administering MARPOL – including all aspects of IMO2020 compliance – is the Australian Maritime Safety Authority (AMSA). Consistent with its approach to other international maritime conventions, AMSA has implemented MARPOL generally in accordance with the IMO 1 text and guidelines, and this applies to the recent developments relating to Annex VI and the mandated reduction of sulphur emissions.

The details of AMSA’s approach to the implementation, compliance and enforcement of IMO2020 were not released until December 2019. The publication of this material on the eve of IMO2020 taking effect appears to have been due to legislative delays in the Australian Parliament which resulted in necessary amendments to the Federal legislation that gives effect to MARPOL not being enacted until early December. In turn, this delayed the finalising and release of subsidiary legislation, regulations, and AMSA’s accompanying IMO2020 policies and guidelines.

The Australian legislation giving effect to MARPOL at the Federal level is the Protection of the Seas (Prevention of Pollution from Ships) Act 1983. Whilst the Act had been amended in 2007 to give effect to the sulphur emissions provisions in Annex VI of MARPOL when first introduced, there have been a number of subsequent amendments to Annex VI, not all of which had yet been incorporated in the Act. Consequently, the Act required further amendment to address matters such alternative compliance with IMO2020 (i.e. scrubbers or other approved methods), the carriage ban on HSFO2 effective from 1 March 2020, and certain documentary and compliance requirements.

Only once these legislative amendments were in place could AMSA finalise and formally issue its detailed regulations, policy and guidelines for the implementation, compliance and enforcement of IMO2020 in Australia. These primarily consist of the following AMSA documents:

These documents are the product of AMSA’s consideration of the standards and guidelines issued by the IMO, and feedback received through consultation with various stakeholders in the Australian shipping industry. In this regard, AMSA in conjunction with MIAL 3 convened a series of ‘roundtable’ sessions with key stakeholders in the lead-up to IMO2020 to provide updates and obtain feedback on the proposed regulatory framework and its practical implications, culminating with the 8th MIAL / AMSA Sulphur Roundtable on 31 October 2019.

The consistent message from AMSA throughout the roundtable sessions was that the starting point for AMSA would be that vessels should comply and that Australia will take a strict approach to fulfilling its obligations to enforce compliance with IMO2020. This policy position is reiterated in the material published by AMSA that is mentioned above.

Marine Order 97 is the main instrument providing the regulatory detail for the implementation of MARPOL Annex VI in Australia, and required amendment prior to 1 January 2020 to reflect and supplement the various changes made to the Act (as above). For example, a new regulation was added to address the required form and timing for fuel oil non-availability reports (FONAR) to be lodged with AMSA. There are also new provisions dealing with the operation of exhaust gas cleaning systems (EGCS).

It is important to note that Marine Orders have the status of subsidiary legislation in Australia and create legally enforceable obligations. They are to be contrasted with Marine Notices issued by AMSA which provide guidance on AMSA’s policy approach.

Marine Notice 4/2019 addresses the Australian IMO2020 regulations generally, and confirms AMSA’s anticipated rigorous approach to compliance and enforcement, noting in particular that in addition to the penalties that apply under the Act4 vessels found to be non-compliant may be subject to detention, refused access or granted conditional entry to Australian ports by AMSA as the PSC authority. More specifically, in respect of the 1 March 2020 carriage ban of HSFO, AMSA advises that carrying non-compliant fuel based on plans such as to use that fuel in future after the fitment of an EGCS is not acceptable and PSC action “should be expected”.

MN4/2019 also provides guidance in relation to FONARs, the reliance on which will attract special attention from AMSA. AMSA have been consistent in their message throughout the industry consultation process that FONARs do not provide an exemption from the regulations; and insufficiently supported or repeated claims of LSFO 5 non-availability are likely to result in AMSA requiring detailed evidence and undertaking extensive inspections or examinations of a vessel’s records and procedures in port. During the 8th Sulphur Roundtable session representatives of AMSA indicated the policy position would be that vessels should stem sufficient fuel to reach the next port as well as a contingency in the event of LSFO not being available at that port for the next port. Accordingly, in addition to being notified in advance of reliance on a FONAR (i.e. before a vessel commences its voyage to Australia) AMSA’s consideration of FONARs is likely to involve a review of the vessel’s contingency planning. It was also noted that where a vessel consumes HSFO shipowners must notify the Flag State and coastal states through which the vessel is passing. No doubt AMSA will be checking whether the required notifications have been made in the event HSFO is consumed.

Marine Notice 5/2019 deals specifically with the use of scrubbers in Australian waters. Again, this document reiterates AMSA’s intended rigorous approach to the enforcement of IMO2020, advising that any EGCS found to be not in compliance with IMO guidelines “in any respect” (including but not limited to wash water discharge criteria) may be prohibited from use in Australian waters. AMSA must be notified prior to the arrival in Australian waters of any vessel using an EGCS, and be provided with detailed information about the EGCS and its use, including wash water testing (AMSA may take samples of wash water discharges). Importantly, in the event of a malfunction, if an EGCS cannot be returned to a compliant condition within one hour, the vessel must then change over to compliant LFSO.

In addition to these formal documents, AMSA has published several information and guidance materials on its website6. This is critical reading for owners and operators of vessels trading in Australian waters, particularly those who may not be familiar with the rigorous approach AMSA adopts to regulatory compliance and enforcement in this jurisdiction.

Now that the Australian legislation, regulations, policy and guidelines have been finalised for the implementation of IMO2020, it remains to be seen how their application by ASMA will impact on day-to-day shipping operations. However, any stakeholders anticipating a regulatory ‘grace period’ from the Australian authorities with regard to IMO2020 compliance are likely to be seriously disappointed.