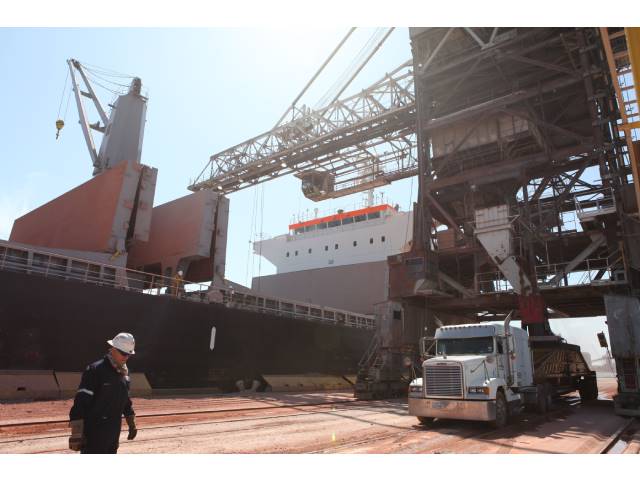 The Port of Corpus Christi ended 2019 with record tonnages for December of 13.8 million cargo tons and 122.2 million cargo tons for the entire year — a 16-million-ton improvement over 2018 tonnages. The significant growth is attributed to increases in energy exports of crude oil and liquefied natural gas.

Growth in crude exports is primarily the result of two new crude pipelines from the largest energy producing fields in the United States, the Permian Basin. The Plains All-American Cactus II and EPIC pipelines were brought online in Q3-2019 and helped clinch a record fourth quarter of 37.5 million tons, a 17 percent increase over the previous record set in the third quarter of 2019. Year over year gains in crude production led to an impressive 26.8% jump in crude exports from the Port of Corpus Christi.

Liquefied natural gas exports, or LNG, increased 6.6 million tons overall (the equivalent of 316.8 billion cubic feet) in 2019 as a result of Cheniere Energy subsidiary Corpus Christi Liquefaction increasing production with the commissioning of its first train in November 2018 and its second train in late 2019.

“These record-setting figures are not only indicative of a resilient energy export market, but are also reflective of the large infrastructure investments made by both private industry and the Port Authority as we position the Port of Corpus Christi as the Energy Port of the Americas™,” said Sean Strawbridge, Chief Executive Officer for the Port of Corpus Christi. As we continue to be thoughtful in converting these once-in-a-lifetime opportunities into job-creating enterprises, we remain steadfast in our commitment to serving all our customers through creating value and certainty for their businesses. A hearty thank you to all our customers for their unwavering support of the Port of Corpus Christi and the South Texas Coastal Bend.”

Additional milestones in 2019 included the commencement of the long-awaited Corpus Christi Ship Channel Improvement Project, a near fully funded federal project to deepen the main channel to 54 feet mean lower low water, and widen the Channel to 530 feet plus 200 feet of barge shelves. The port also received the largest Liebherr ship-to-shore portal crane in North America in December 2019, saw the substantial completion of a new cement import facility designed for nearly 1 million tons per annum, and signed the largest marine terminal lease agreement in its 94-year history for a new crude export terminal designed to handle the Very Large Crude Carriers on Harbor Island in Port Aransas.

“We moved more than 120 million tons in 2019. The figure alone is impressive, but what is more remarkable is the exponential growth we are seeing year over year and sometimes even month over month. I think we can say with great confidence that we truly are Moving America’s Energy™,” said Charles W. Zahn, Jr., Port of Corpus Christi Commission Chairman.