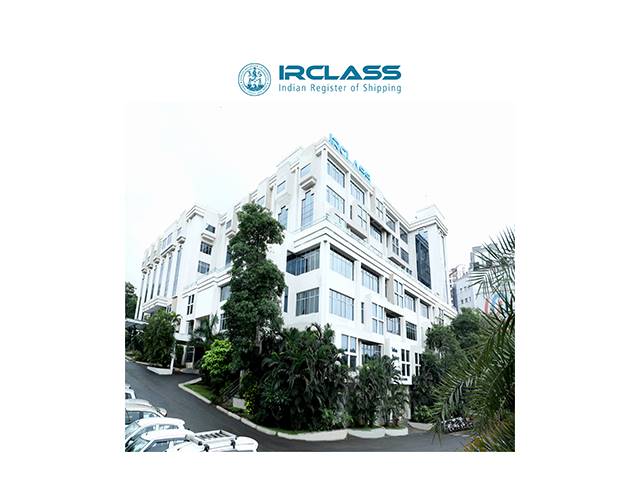 The Indian Register of Shipping (IRClass) concluded a successful 2019 with strong growth across all its verticals.

Fleet Growth
The classed fleet registered approx. 3% growth in the past year. Its foreign flag fleet continued to grow at a robust pace with 16% more vessels added during 2019 demonstrating strong global acceptance of IRClass services.

Recognition & Geographical Presence
IRClass received several flag authorisations in 2019 including key flags like Cyprus and Denmark and is now recognised by 45 flag states worldwide. It opened a new office in the Netherlands to add to its other European offices in the UK, Greece, Turkey and representative offices in Malta, Cyprus and Bulgaria. Middle East being its strongest market outside India, IRClass opened an office in Qatar to focus on the growing oil and gas opportunities and has already registered some early business wins.

Offshore
In the offshore sector IRClass is involved in new construction projects like FSRU, FPSO as well as conversion to FPSO & well stimulation vessels.

Strengthened Portfolio with Defence and Government Projects
On the domestic front, Defence continues to be a growth area for IRClass with key project wins with the Indian Navy including providing classification services for 8 shallow water ASW corvettes, 4 large survey vessels and diving support vessels. Equally impressive was winning the contract to provide classification services for 54 vessels/crafts of the Border Security Force (BSF) of India.

IACS Chairmanship
In July 2019 IRClass’ Chairman Mr Arun Sharma took over the Chair of the International Association of Classification Societies (IACS). During his  tenure the priorities include IACS taking a larger role in industry matters with a view to providing value added services to owners on the implementation of regulatory requirements. Recognising the importance of good data in decision-making to guide its policy decisions, IACS has commenced work on the formulation of a data driven policy.

He stressed on the need to continuously strengthen the systems within IACS towards maintaining and enhancing quality operations. He is also keen to enhance interaction with stakeholders towards reaffirming its relevance to the industry.

High Profile Events
IRClass participated in some high profile events during 2019 starting with Capital Link’s forum in Athens where IRClass’ Managing Director Mr Sinha addressed an audience of key shipping personnel about how class and the industry as a whole can address the key issues of rapidly changing technology and major regulatory changes.

June 2019 saw IRClass at Nor-Shipping. The company organised a roundtable featuring a panel of senior maritime executives who shared their perspectives on the IMO target of a 50% reduction in GHG emissions by 2050.Then in September IRClass took part in London International Shipping Week holding two well-attended events – a seminar on the role of class and a roundtable panel made up of some of the industry’s most respected senior level decision makers who discussed key industry issues including the IMO’s GHG goals and the industry’s expectations on the future role of class.

IRClass was honoured to have the UK’s Rt. Hon. Nusrat Ghani MP, Parliamentary Under Secretary of State for Maritime, Department for Transport, present at this event to make opening remarks on the importance of classification societies in upholding standards and regulations in the maritime industry.

In November IRClass exhibited at Europort in Rotterdam as this exhibition was an ideal venue for it to showcase its classification services covering the maritime and offshore sectors.

At Marintec China in December Mr. Arun Sharma was a keynote speaker in the Senior Maritime Forum. IRClass also signed two co-operation agreements – one with ShipParts.com and another with FMT.

Looking ahead to 2020
While the classification society’s primary focus remains to enhance its classed fleet and improve its service offerings, 2020 will be a year where IRClass will be focusing on new technologies and regulatory requirements, thereby increasing its value to its customers by harnessing the benefits of digitalisation. To meet its growth needs, it will concentrate on augmenting its human resources as well as updating skill sets of its team throughout 2020.

It will also work to further strengthen its footprint in Europe, Asia Pacific and the Middle East and establish its presence in Africa and South America. It also aims to continue to improve its global visibility through its presence at key industry events such as APM, Posidonia and SMM.