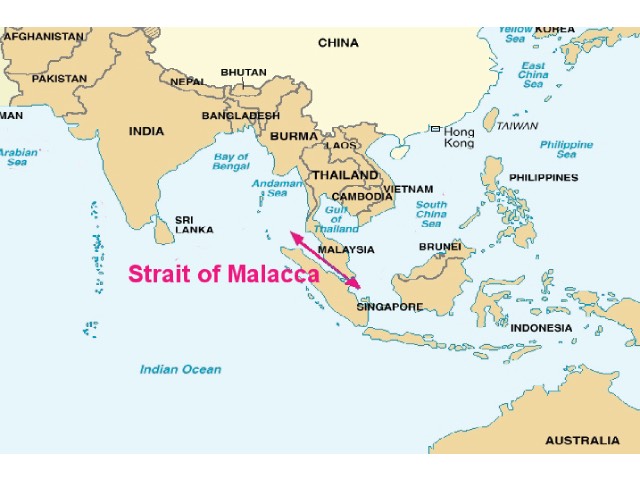 Piracy has surged this year along Southeast Asia’s straits of Malacca and Singapore, one of the world’s busiest trade routes, according to a watch group that tracks maritime security.

Incidents along the shipping choke point have risen to 30, from 8 last year, according to data from ReCAAP ISC, a piracy information group with 20 member nations, mostly in Asia. That’s highest figure since 104 incidents in 2015, according to the group’s data.

ReCAAP warned in a Dec. 25 note of the possibility of further attacks as the perpetrators haven’t been arrested and that it’s “seriously concerned” over the increase in piracy incidents.

The straits — along peninsular Malaysia’s southwest coast and extending east past Singapore, Asia’s top ship-refueling hub — sees oil and other commodities from the Middle East, Africa and the U.S. crisscross with bulk carriers and cargo ships laden with finished goods.

The straits’ location between the Indian and Pacific oceans has made it one of Asia’s major trading and fuel storage hubs. More than 140,000 vessels larger than 75 gross tonnes arrived at Singapore’s ports last year, up 7% from 10 years ago, according to data from Maritime and Port Authority of Singapore.

One of the latest events was reported Dec. 25 aboard the oil tanker Stena Immortal. Six unarmed people boarded the Singapore-bound vessel, but escaped empty-handed in a small boat after the alarm system was activated, according to ReCAAP, also known as Regional Cooperation Agreement on Combating Piracy and Armed Robbery against Ships in Asia.

Last year, a total of 61 piracy incidents were reported across Southeast Asia, compared with 84 in 2017 and 70 in 2016, according to ReCAAP’s 2018 annual report. It classifies incidents as “actual” when robbers board a ship, regardless of whether they take anything from the vessel or crew. The figures also include “attempted” incidents.