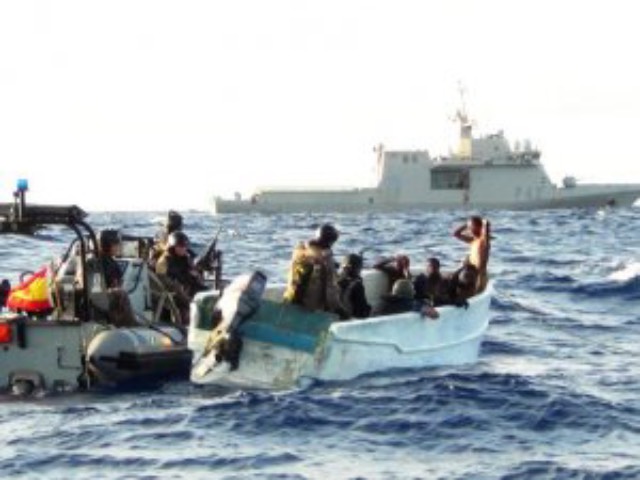 “Their whereabouts are not yet known at this moment. The Chinese embassy in Gabon has asked the Gabonese side to act swiftly to find out what happened, launch a rescue operation, and spare no efforts to free the Chinese sailors. We will continue to closely monitor the situation,” the spokesperson added.

According to Dryad Global, the two fishing trawlers Guoji 867 & 838 were at anchor when they were boarded by a ‘small craft’ with 6 or 7 persons on board. It is understood that the Captain and Chief mate were kidnapped from both trawlers.

As informed, this was the second attack on the same day, as earlier three vessels (MV’ Shail Al Doha, African Kalmia & Renauld) were approached by a canoe with 6 or 7 persons on board. On sighting the approaching canoes the alarm was raised and the canoes moved away from the vessels.

“Reporting goes on to indicate that there was a third attack involving a landing craft vessel. The captain of the vessel is believed to have been killed,” Dryad said.

Dryad explained that this was the first incident within the Owendo Anchorage and Port Libreville area within 2019.

“Historically this area has held a high degree of comparative stability when compared with neighboring areas in Gabon and other major West African anchorages. Thus far, this is the first recorded kidnapping event in this location,” the company added.