Cyprus Shipping News
Home Cyprus Zacharias Siokouros appointed by the Board of Directors of CMMI as its... 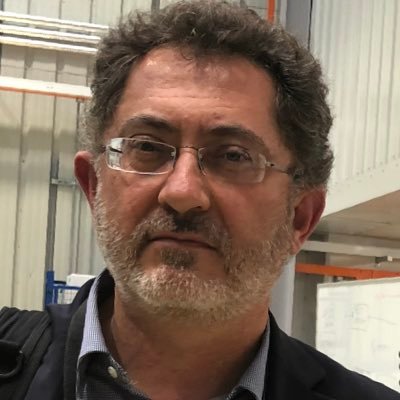 The Chairman – Mayor of Larnaka – Andreas Vyras and the Board of Directors of the CMMI – Cyprus Marine & Maritime Institute are pleased to announce that Mr. Zacharias Siokouros was appointed as the first Chief Executive Officer of the newly established Institute. As from December 23rd 2019, Mr. Siokouros will be steering CMMI, an international, scientific and business Centre of Excellence for Marine and Maritime Research, Innovation and Technological Development that will be driven by the needs of the Industry and Society.

CMMI, which aspires to become the driving force of Sustainable Blue Growth for Cyprus and the Region, was established earlier this year following its selection for funding under the EU’s HORIZON 2020 Programme, Spreading Excellence and Widening Participation Call, after a three-year highly competitive evaluation process among approximately 200 proposals at EU level. It was awarded €30 million funding from the EU Commission and the Cyprus Government while more than €25 million are to be provided by partners and industry and academia stakeholders mainly as in-kind contributions.

Mr. Siokouros’ qualifications and extensive work experience played catalytic role in his selection as head of the CMMI. Mr. Siokouros was born in Cyprus and graduated from the National Technical University of Athens as a Naval Architect and Marine Engineer. For the past eight years, he has worked as Managing Director, Marine & Offshore Business Manager, Principal Surveyor, Maritime Safety & Security Lead Auditor, Maritime Labor Inspector and Trainer at the branch offices in Cyprus of two major classification societies, those of Lloyd’s Register (LR) and DNV-GL. He was earlier the Safety Manager/DPA and then Technical Director for a major Cruise Operator for 16 years, while before that he worked as Technical Superintendent and onboard engineering officer at a Tanker operator. Furthermore, Mr. Siokouros served as President of the Cyprus Naval Architects and Marine Engineers Association (CyNAMEA) for over 15 years. In 2010, he was among the founding members of the Maritime Institute of Eastern Mediterranean (MarInEM), a non for profit organization aiming to promote Research, Innovation, Training and Education within and for the maritime industry as well as cooperation and dialogue in the Eastern Mediterranean region. Mr. Siokouros was also the initiator of the innovative EU-funded “Lynceus”, “Mentor” and “Sea of Experience” projects. The “Lynceus” project had received in 2014 the prestigious Global Innovation Award of Lloyd’s List, while the “Mentor” led to the establishment of the “Blue Career Center of Eastern Mediterranean and Black Sea”. Moreover, he is a member of the Board of Governors of the Cyprus Maritime Academy of the University of Nicosia and also served as member of the Expert Group on Skills and Career Development in the Blue Economy of the European Commission’s Directorate General for Maritime Affairs and Fisheries and the Advisory Council of the Oceanography Centre of the University of Cyprus. He is also a Founding Member and member of the Executive Committee of the Cyprus Foundation of the Sea (CY-FOS), an institution established in July 2018 by the Shipping industry and supported by the Government of Cyprus, as the Marine and Maritime Cluster organization for Cyprus. In November 2018 he was presented by the Shipping Deputy Minister the YoungShip Cyprus Honorary Award. This award is given annually to an executive person for his/her contribution and devotion to the shipping industry, his/her years of service, leadership skills and character, thus, setting an example for younger professionals.

Mr. Siokouros will be based at CMMI’s head offices in Larnaka, while a branch office of CMMI will also be established in Limassol. He will be reporting to the CMMI Board of Directors consisting of 25 distinguished representatives of the industry, academia, public sector and the civil society.