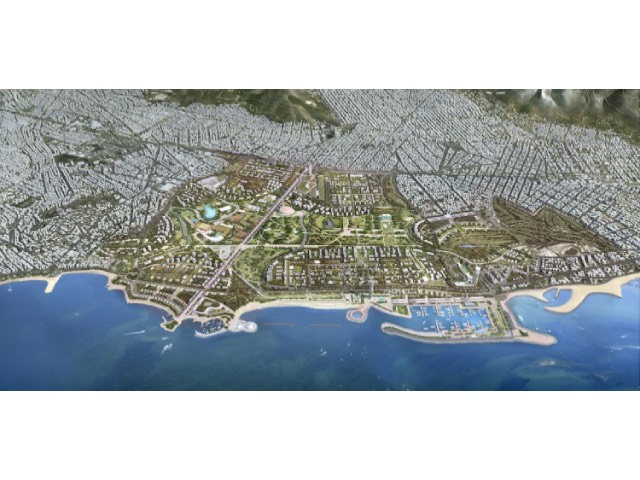 In support of the biggest urban regeneration project in Greece, the EBRD is investing €22.7 million in the €650 million share capital increase of Lamda Development, the private sponsor of Hellinikon.

Named after the area where it is situated, and literally translates to “the Greek”, the Hellinikon project is aiming to regenerate the former Athens airport area into a sustainable and fully integrated commercial, residential and tourist infrastructure, spanning a total area of 6.2 million m2. The project’s total investment cost is estimated at €8 billion over the next 25 years.

Beyond Athens, the project, which is one of the biggest urban regeneration projects in Europe today, will also have a positive impact on Greece’s economy. It is expected to create around 85,000 new jobs during the construction and operation stages, contribute to the increase of Greece’s GDP and generate significant amounts in tax revenues to the Greek state.

The project will create a metropolitan area that is accessible to all citizens and visiting tourists by enhancing transport links; adding new cultural, sports, tourism and educational infrastructures; improving pedestrian connectivity; creating new public spaces and an open park of 2 million m2; giving access to 3.5 kilometres of the Athenian coastline that is currently inaccessible; and adding new housing and mixed use centres consisting of prime offices and retail.

It is also estimated that Hellinikon will attract over one million new tourists to the region and help the Greek capital strengthen its position as a year-round tourist destination. Lamda Development is one of the largest real estate developers in Greece and specialises in the development, investment and management of real estate assets. The company’s capital increase will be raised through a domestic secondary public offering, with the new shares listed and traded on the Athens Stock Exchange.

The EBRD funds will be used to support the green economy. The Bank will work with Lamda Development to identify climate actions, including the development of assets at an energy level of nearly zero, in compliance with the EU Building Directive and the certification of assets under international sustainability schemes, such as the Leadership in Energy and Environmental Design (LEED).

The Bank will also bring together Lamda and international bodies that manage and oversee green certification schemes. These will help Lamda identify key areas for improvement in relation to energy infrastructure, waste management, water efficiency, smart infrastructure, transportation and reduction of air, soil and water pollution.

Urban regeneration initiatives and energy efficiency are at the heart of the EBRD’s new property and tourism strategy, which aims to support public and private-sector efforts to facilitate systematic urban regeneration.

The EBRD started investing in Greece on a temporary basis in 2015 to support the country’s economic recovery. To date, the Bank has invested over €3 billion in more than 50 projects in the corporate, financial, energy and infrastructure sectors of the Greek economy.