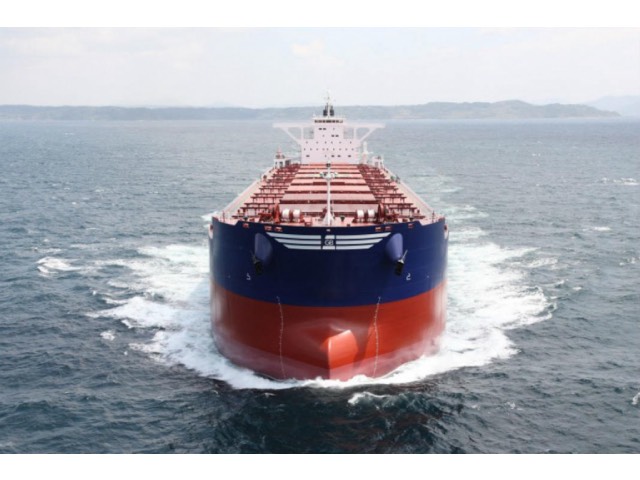 One of the most worrying trends that has developed recently – which will affect shipping demand in the years to come – is the falling trade-to-GDP ratio. The falling ratio can be explained by slowing globalistation as well as increasing protectionist measures being implemented around the world, spear headed by the US. The raised barriers to trade are here to stay as we enter a new decade, with the shipping industry stuck with the consequences.

The trade war is the clearest example of these extra barriers to trade, and although a phase 1 deal was reached in December, the most difficult issues have yet to be addressed, and BIMCO therefore expects the trade war to continue to plague shipping between the US and China in 2020. Unfortunately, they are not the only countries engaging in tariff wars. The EU also faces additional tariffs from the US and we see trade tensions between Japan and South Korea.

The effects of the worsening of the fundamental shipping market balances this year will be felt in 2020, as the balance is not reset to zero when the calendar year changes. BIMCO continues to warn that the worsening balance between the supply of ships and the demand will be detrimental to shipowners’ ability to pass on the additional costs associated with compliance of the new IMO 2020 Sulphur Cap. It will depend on the freight rates to which extent the additional costs are covered, which in turn depend on the market conditions; the better the market, the easier it is to pass costs on.

The biggest concern for Capesize shipping in 2020 is the trend in China, where iron ore imports may fall for the third year in a row. The structural change in China’s steel production, towards using scrap steel in favour of imported iron ore, means that Chinese demand for iron ore can no longer be counted on to increase demand for Capesize ships, with imports having peaked in 2017.

For the dry bulk shipping industry there is more bad news from China. Its soya bean imports have become an important part of the trade war and how it is viewed, but even aside from the trade war, the outlook for soya bean trades into China are weak. Its demand will be considerably lower due to the largest ever culling of pigs which consume most of China’s soya bean imports. It will take years for the Chinese pig population to return to the same size as before the cull, and even then, lowering the soya content in pig’s feed will have lasting consequences on these trades.
The high fleet growth in 2019 (4.1%) will play out into 2020 when the fleet is also expected to grow by more than demand. The cumulative impact of these growth rates mean that the gap between demand for shipping and the supply of ships will continue to grow, putting pressure on freight rates throughout the year.

Crude oil tankers have certainly been in the headlines in 2019 due to geopolitical developments and as freight rates reached record levels as a result, but going into 2020, the fundamentals remain unchanged.
This means that after the seasonal boost fades away in the first quarter, the high freight rates in the VLCC-market are likely to disappear, as the market fundamentals have in fact worsened in 2019, with an eight year high fleet growth of 6.3%.

Fleet growth has also been high in the oil product tanker market, with many owners aiming to benefit from the IMO 2020 Sulphur Cap and the boost that BIMCO expects it will bring to the oil product tanker shipping industry. The boost are on the back of the new trades for the transport of compliant bunker fuels from the refineries to the bunkering ports.

While this boost will improve tanker earnings in the first 3-6 months of 2020, once the short term boost will fade away, the challenge facing the market is that the new ships will still be around , and will instead be fighting for cargoes in an already over-supplied market.

One of the major developments expected in 2020 is for the US to become a net exporter of crude oil on an annual basis. The increasing proportion of global crude oil exports coming from the US is good news for the tanker industry as this involves longer sailing distances to the Far East, where the major importers are, compared to exports from the Middle East.

Imports of laden containers to the US West Coast declined in 2019, for the first time since 2011. There has been no visible frontloading of goods in 2019, and with further tariffs having been narrowly avoided in December, BIMCO does not expect any frontloading boost to come in 2020. Rather, the trade war, as it currently stands, will continue to drag trade volumes as well as freight rates down.

Intra-Asian volumes have remained flat in 2019 compared to 2018 – a worrying trend – as without volume growth here, volumes on the longer haul routes out of Asia are unlikely to grow. Furthermore, global container shipping demand grew by just 1% in the first nine months of the year, a development which sparked a flurry of blanked sailings. At the same time, the fleet has grown by 3.7%. The supply and demand situation is clearly set to be way off-balance.

On top of that, we will continue to see many deliveries of ultra large container ships (ULCS, sending relatively smaller ships onto other routes, known as cascading. These smaller ships are not necessarily very
small, however. Some cascaded ships have capacities over 10,000 TEU, and will enter trades where there is no appetite for them, adding further pressure to freight rates and bottom lines.
The trade multiplier could – in theory – return to healthier levels, bringing good news to shipping, if protectionist measures are rolled back and free trade is once again allowed to develop at its natural pace.
Although the trade tensions are at the moment being led by the current US White House, they would not necessarily be turned around should the presidency change hands in November.