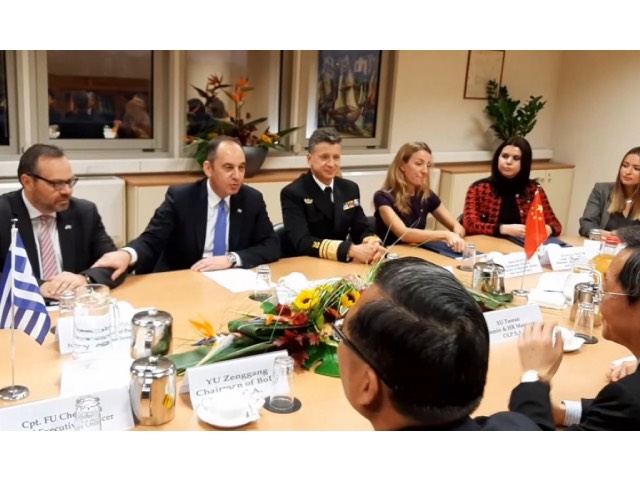 Greece will enhance bilateral cooperation with China in many sectors, including shipping, with the Piraeus Port a pillar and example under the framework of the Belt and Road Initiative (BRI), Greek Minister of Shipping and Island Policy Ioannis Plakiotakis has said.

Greece considers China a friend and strategic partner, and Chinese President Xi Jinping’s state visit to Greece in November shows that both sides value cooperation in the Piraeus Port and in other fields, the minister told Xinhua in an interview Tuesday.

Greece’s Piraeus Port, a flagship project in bilateral BRI collaboration, has been transformed into the largest port in the Mediterranean region and is one of the fastest growing container terminals in the world, with its global ranking rising from 93rd in 2010 to 32nd at present in terms of container capacity.

A decade since China’s COSCO SHIPPING Group invested for the first time in Greece’s largest harbor, breathing life into the local economy during the hard times of the decade-long economic crisis, the results are impressive.

When talking about why he used the word “friend” for China, the minister said that “A friend is someone you respect, who respects you, someone whom you trust and you have an honest (relationship with).”

“A friend is not a partner, not a leader or a follower. Always with mutual respect: this is how we see friends in Greece, and with this position we treat all well-intentioned investments these days in Greece,” he added.

Shortly before Xi’s state visit to Greece, Greek authorities approved the Chinese investor’s new master plan, including investments exceeding 620 million euros, which will transform the Piraeus Port to one of the top European ports in terms of container terminals, Plakiotakis noted.

“We are committed to the Belt and Road Initiative, and the Piraeus Port is the best example, representing actually our excellent relations and our commitment in terms of this strategy,” Plakiotakis said.

The Greek minister believed that “this is a strategic cooperation that both countries will have positive results and effects,” hoping that “this relation and cooperation in all these areas will be enhanced even more.”

The maritime sector holds a key role in the Sino-Greek collaboration because of the geographical location of the Greek ports, the minister noted.

Plakiotakis, who visited China during the second China International Import Expo held in Shanghai on Nov. 5-10, told Xinhua that he is looking forward to exploring more of the country, which he described as having a great history, civilization, and a significant shipping sector.