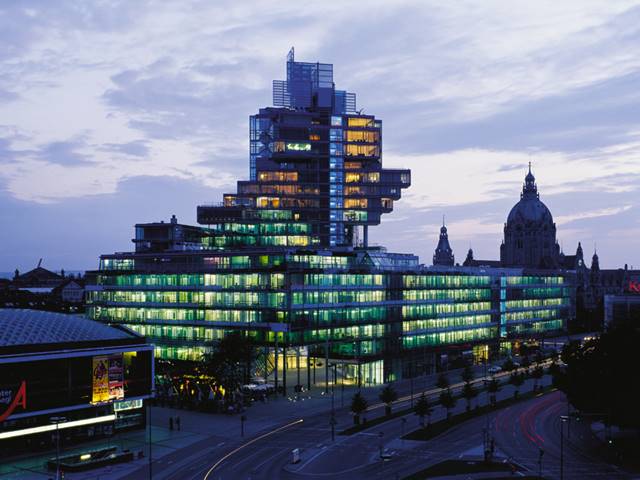 In the first nine months of 2019, NORD/LB Norddeutsche Landesbank achieved earnings before taxes of € 257 million. Consolidated profit after taxes was € 215 million. The positive trend of the first half of the year has thus continued into the third quarter. Earnings also rose significantly compared to the previous year (01/01-30/09/2018: € 64 million).

“NORD/LB is currently in the process of a profound transformation. Here we are making good progress. The noticeable improvements, particularly from a cost perspective, show that we are on the right track,” said Thomas Bürkle, Chairman of the Managing Board at NORD/LB. “Even more pleasing is the fact that we have significantly improved consolidated profit in the first nine months. We are also happy with how our new business is developing in light of the current challenges.”

Income statement for the first nine months of 2019

As a result of the decrease in total assets and the significant reduction of the ship financing portfolio, net interest income over the first three quarters has decreased to € 750 million (€ 921 million). The ECB’s expansive approach to monetary policy has also placed a strain on the interest segment. Conversely, however, net commission income increased to € 57 million during the same period (€ 49 million).

At minus € 4 million, risk provisioning was almost balanced over the first nine months of the current year (minus € 147 million). Given the high quality of the bank’s portfolio, the clouds gathering over macroeconomic conditions have not yet led to any increased risk provisioning. The bank also benefited from fair-value profit (including hedge accounting) during the third quarter too; as at 30/09/2019 this stood at € 292 million (€ 95 million).

Other comprehensive income to the amount of minus € 31 million (minus € 17 million) was significantly impacted by the bank levy and NORD/LB’s payments to the EU deposit guarantee scheme, which totalled € 79 million. Restructuring and reorganisation expenses in connection with the on-going realignment of the bank was € 98 million (€ 122 million) at the end of September 2019.

The previous owners of NORD/LB and the Sparkassen Finance Group have agreed to comprehensive capital measures to strengthen the bank. All parties involved remain in close contact with the EU Commission and supervisory authorities regarding these planned measures. The EU Commission has yet to release its formal decision regarding the market conformity of the planned capital measures. The measures should be implemented by the end of the year, meaning the Common Equity Tier 1 ratio will again increase to a value of around 14 per cent.

As at 30/09/2019, the Common Equity Tier 1 Ratio (CET 1) stood at 6.53%. The total regulatory capital ratio stood at 12.30% on the same date. Capital ratios had been significantly reduced by the end of 2018 as a result of the systematic reduction of the NPL portfolio and the risk provisioning created in this context. After implementation of the planned capital measures, these ratios will once more be significantly above the regulatory minimum requirements.

The realignment of NORD/LB will result in the bank downsizing significantly over the coming years. Total assets should decrease to around € 95 billion by 2024. At the same time, the number of employees will also fall significantly. The workforce should drop to 2,800 full-time employees over the next few years. The bank has concluded a service agreement with staff representatives which is intended to make this reduction of the workforce as socially acceptable as possible and primarily on a voluntary basis. So far this year, the number of employees has already decreased by around 400 to just under 5,450.

“We are now on the home strait in terms of the EU Commission’s review procedure. We are confident that the capital measures can still be implemented this year as planned. The coming year will be heavily focused on the massive transformation of NORD/LB. It is above all our customers who will benefit from a more efficient and more streamlined bank,” said Bürkle.

The current figures therefore only allow us to make limited conclusions about the year’s overall result. As before, the bank is planning high restructuring costs for 2019. Therefore, NORD/LB may well end the year with a net loss. The expenditure associated with the realignment will also have noticeable effects on the bank’s profit/loss in the coming year.