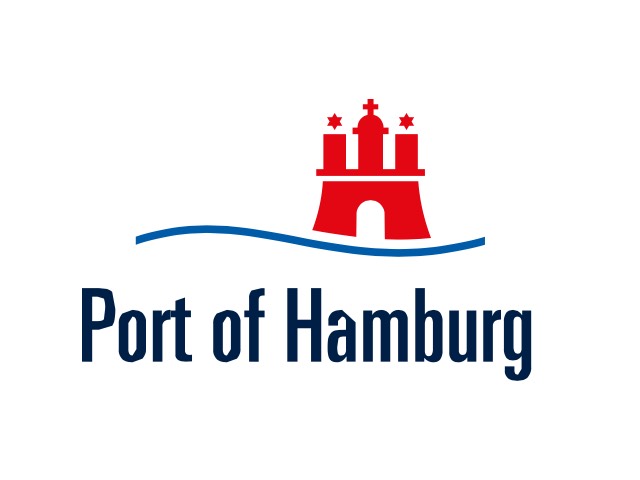 For Germany’s largest universal port, seaborne cargo handling in the first nine months of 2019 proved highly satisfactory. The growth trend evident since the beginning of the year was maintained. With seaborne cargo throughput up 3.2 percent at 104 million tons, growth in Hamburg clearly exceeded the figures from its major competing ports in Northern Europe. These reported an advance averaging one percent. Container handling at seven million TEU – 20-ft standard containers – was up by 6.9 percent. Here again, Hamburg regained market share up of 0.7 percentage points in competition with other major container ports, whose growth averaged 3.4 percent. The excellent container handling trend in the rail segment also boosted seaport-hinterland services. Transporting 2.1 million TEU in the first nine months, these attained 11.9 percent growth. At 31.6 million tons – down 2.1 percent – bulk cargo throughput was slightly below last year’s.

The 6.9 percent climb in container handling to 7.0 million TEU is primarily attributable to the four new transatlantic services, plus four new Baltic feeder services. Since the beginning of the year, the new transatlantic services operated by Hapag-Lloyd and ONE have connected Hamburg with ports in the USA, Canada and Mexico. In the first three-quarters of the year, 439,000 TEU were handled on container services with the USA, Hamburg’s second most important trading partner. That is 336,000 TEU more than in the same period of the previous year, meaning an advance of 325 percent. “Including the existing liner services, in Hamburg we can offer port customers a total of 14 direct links with 29 ports in the USA, Mexico and Canada. An additional 15 feeder and liner services in the first nine months provide a clear indication that the Port of Hamburg is now even more attractive for shipping and shippers,” explained Ingo Egloff, Joint CEO of Port of Hamburg (HHM). The large number of feeder connections with the Baltic and other regions of Europe gives Hamburg an essential function as a cargo hub. These services ensure that attractive volumes of cargo are handled here for the mega-ships connecting Hamburg with all the world’s leading ports. “At 2.6 million TEU for the first nine months, the 4.3 percent advance in transhipment handling during the first three quarters contributed to the satisfactory total result,” emphasized Egloff. With the start of the expansion measures for adjusting the fairway on the Lower and Outer Elbe, Egloff sees Hamburg as set on the right course. During the first three quarters, the number of calls by mega-containerships – with slot capacities of 18,000 TEU and over – increased by 18.3 percent to 123. In Egloff’s view, this underlines the importance of the passing box now being constructed on the Elbe, along with rapid implementation of other measures as part of the fairway adjustment. Egloff sees Hamburg well prepared to further expand Germany’s largest universal port as the Northern European hub. He pointed out that in the first three quarters of 2019, of all the major North Range ports, Hamburg had achieved the highest percentage growth on total throughput, container handling and seaport-hinterland transport.

Growth in transhipment traffic generates more cargo
During the first three quarters of 2109, the Port of Hamburg’s transhipment and hinterland services proved extremely successful. Transhipment totals profited from the new container liner services that generated additional volumes for Hamburg’s extensive network of feeder connections. A total of 2.6 million TEU were transhipped in Hamburg from oceangoing vessels to feeders, representing an advance of 4.3 percent. Transporting 4.4 million TEU in the first nine months, landside seaport-hinterland services achieved 8.6 percent growth. “The positive figures for seaport-hinterland transport and for transhipment underline Hamburg’s outstanding position as Northern Europe’s hub port. More than 100 liner services, connecting Hamburg with over 1,000 seaports worldwide, deliver the containers that via Hamburg are then distributed inland. These services also contribute toward the port’s added value. They also guarantee the numerous jobs required to manage these complex transport logistics,” said Egloff. In the context of the climate policy debate, HHM’s Joint CEO pointed out that with electric traction, railborne freight traffic can provide 100 percent emissions-free transport. That makes a significant contribution towards avoiding CO2. Hamburg is Europe’s No 1 rail port. For long-distance seaport-hinterland transport, the port promotes environment-friendly freight transport by rail and inland waterway. In the first three quarters, a total of 36.6 million tons of freight was transported into/out of the port by rail. That’s a 5.2 percent increase. In the container transport segment, 2.1 million TEU were handled by rail in the Port of Hamburg. That represented double-figure, 11.9 percent growth. Hamburg underscored its position as Europe’s largest rail port. In reducing freight transport by road, it also helped on climate protection.

“The extremely positive trend for the Port of Hamburg this year was also very evident for the rail sector,” said Jens Meier, CEO of Hamburg Port Authority. “The Port Railway managed to top its own record of 694,500 containers, set in the first quarter of 2019, by shifting 698,500 containers in the third. That’s impressive proof of the Port of Hamburg’s potential and efficiency.” In particular, the proportion of longer trains has further increased. In the third quarter, for instance, the Port Railway reported at least 1,600 trains with a length of over 700 metres – or an upturn of around 70 percent on 2017. This means that our infrastructure is being efficiently utilized, and hinterland rail services are achieving higher profitability. For me, this trend once again emphasizes that Hamburg is rightfully Europe’s No 1 rail port,” said Meier. In the period January-September 2019, the Port Railway handled total tonnage of 36.6 million tons – up by 5.2 percent – and 2.06 million TEU – up by 11.9 percent.

A total of 31.6 million tons of bulk cargoes were handled in Hamburg in the first nine months of 2019. Compared to the same period of the previous year, this meant a slight 2.1 percent downturn. On the import side, handling of bulk cargoes at 24.8 million tons was up by 1.1 percent. Imports of suction cargoes, primarily grain and oilfruits, climbed by 8 percent to 3.2 million tons. In the grab cargo segment, chiefly coal, coke and ores, throughput was down by 3.1 percent at 14.4 million tons. The trend for ore imports for the steel industry during the first nine months was positive, these being 1.4 percent higher at 7.8 million tons. At 7.2 million tons, imports of liquid cargoes, comprising not simply crude oil, but mainly oil products, achieved a 7.7 percent advance. Growth here occurred in the oil products segment. Owing to problems with low water on the Rhine, these were not being handled via the Western ports. Any shipments via Hamburg proceeded inland by rail or inland waterway. On the export side, a total of 6.8 million tons of bulk cargo was handled in the first nine months. This was 12.3 percent lower. This weak total for exports was caused mainly by downturns in grain handling caused by poor harvests.