Inmarsat has received formal confirmation from its launch partner, Arianespace, that the company’s GX5 satellite will be launched from the Guiana Space Center in Kourou, French Guiana on Friday 22 November 2019. The launch window is between 21:08 and 22:43 UK time / UTC.

The expected mission time of the Ariane 5 rocket is 34 minutes, 14 seconds, with separation of the 4,007kg GX5 satellite the final step at approximately 34 minutes, 7 seconds after launch.

Global Xpress (GX) is the most successful service launch in the history of Inmarsat and GX5 is the most advanced satellite in the Global Xpress (GX) fleet. In less than four years, GX has become the gold standard for seamless, globally available, mobile broadband services across multiple industry sectors with thousands of active users throughout the aviation, maritime and government sectors. GX5 represents a significant further advance in the capabilities of Inmarsat’s global broadband service and will cover the Europe and Middle East regions, meeting in particular demand for aviation passenger Wi-Fi, commercial maritime and government user connectivity.

“All of us at Inmarsat are excited at the prospect of the launch of GX5 next week, an important step in the continued expansion of the Global Xpress network as the first of eight advanced GX payloads to launch over the next four years,” said Peter Hadinger, Chief Technology Officer, Inmarsat.

“GX5 represents a further leap forward technologically and will deliver significantly more capacity to customers in Europe and the Middle East. Together with our partners at Thales Alenia Space and Arianespace, we look forward to the launch from Kourou, marking the completion of an exemplary technology partnership between our companies as well as the beginning of a new era for the world’s only globally-available, true mobile broadband service.”

Inmarsat is the only telecommunications company with a wholly-owned and operated global satellite communications portfolio, covering L-band and Ka-band, as well as S-band in Europe, enabling unparalleled breadth and diversity in the solutions it provides to its customers.

GX5 and the forthcoming seven additional GX satellites, planned for launch in the coming four years, further extend Inmarsat’s global leadership in true broadband services, which is supported by the company’s network of world leading technology, manufacturing and channel partners.

GX5 demonstrates Inmarsat’s investment in continued innovation, service growth, availability, reliability and quality for its customers and partners. The new satellite is significantly more powerful than any previous GX satellite, providing more capacity than the existing four GX satellites already in service combined, is 25 per cent smaller and was delivered much more quickly, in just two and a half years from order to launch. 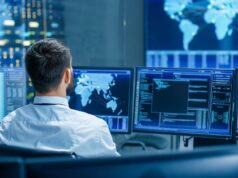 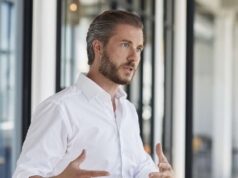 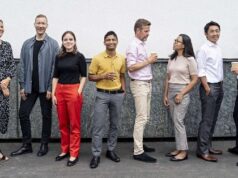