Cyprus Shipping News
Home World The port of Ceuta comes early with regards to the IMO 2020... 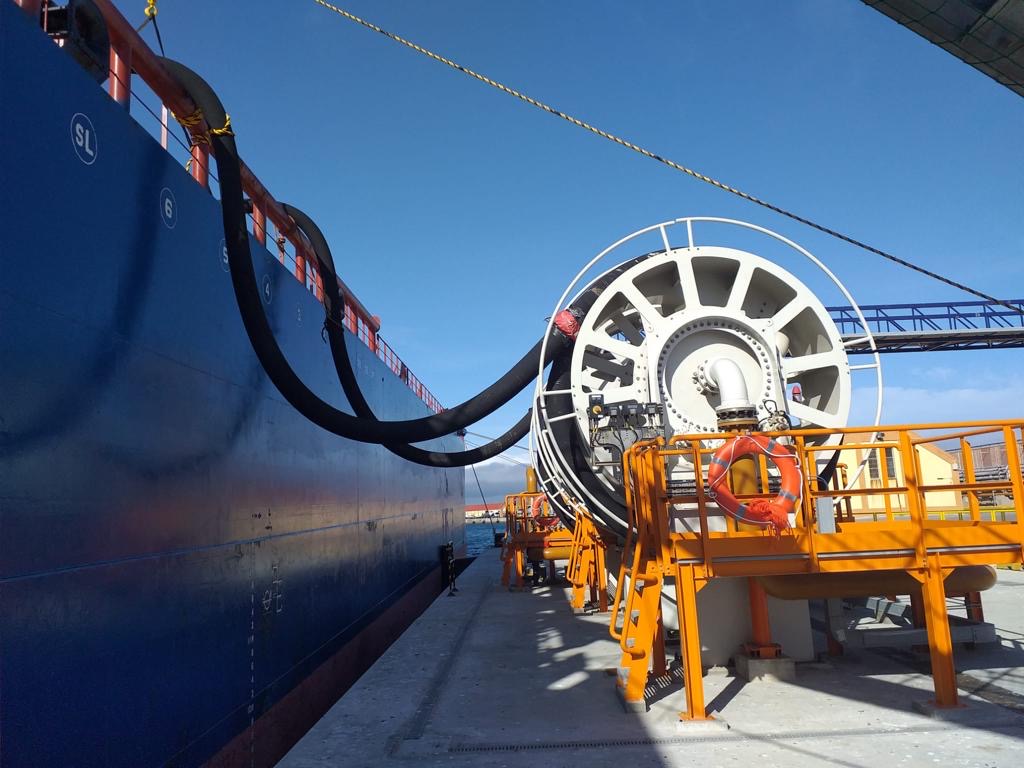 The Port of Ceuta already sells low sulphur marine fuels before the deadline to the limitations of the new IMO 2020 international standard, which will enter into force on 1st January.

An unloading of this new product on 1st November and the first supply operation that took place on 7th November, mark the beginning of a new stage in the port’s strategy so as to boost bunkering at its facilities.

The first unloading operation of fuel oil 0.5% low in sulphur VLSFO (Very Low Sulphur Fuel oil) in the port of Ceuta took place last Friday, 1st November at the Poniente dike, specifically in the new dock of the 3rd alignment, destined to the reception of large ships for the transport of liquid bulk.

This new berthing infrastructure made the aforementioned unloading a great success; since it allowed to receive a ship of great draft and length allowing the port of Ceuta to be more competitive by increasing its capacity for this type of operations that was previously limited to smaller vessels, which eliminates the traditional restriction that existed and penalized the cost of transporting oil-bearing products to our port.

The vessel Ridgebury Colette B, from Sweden, made the first deposit of this new fuel oil at the port facilities. This ship carried 34,500 tons of this low sulphur fuel that is more ecological and sustainable for the environment, while considerably reducing the amount of sulphur oxides from ships, reporting health benefits to populations who live near to the ports and coasts.

This product was stored in the DÚCAR I’s warehouses and the company VILMA OIL was the one in charge of carrying out the unloading operations that lasted 35 hours. It should be noted that this first supply highlights the involvement of the VILMA OIL company in the business of bunkering in the Port of Ceuta; since it made possible that two months before the entry into force of the IMO-2020 regulations, the port of Ceuta is prepared to supply this fuel to ships.

This fact is the result of a process that began last February in London in the framework of the conferences promoted by IBIA on the occasion of the IP Week (International Petroleum Week).

Simultaneously, that same day in the Levante dike, another fuel unloading took place. The ship “Sti Fulham” from Bilbao deposited 25,000 tons of diesel oil also sold by VILMA OIL for the provisioning of ships in our port. This fuel was stored in the DÚCAR I’s deposits located in San Amaro. It should be noted that the ship agent in both operations was the agency “Wave Shipping del Estrecho, Ltd.”.

After the first unloading operation carried out on 1st November, the first supply of low sulphur fuel oil took place in the port of Ceuta, specifically in the Levante dike where the Turkish ship “Kurtulus” will supply 90 tons of the aforementioned fuel.

The ship “Kurtulus”, from Turkey, was the first to receive this new fuel oil at the port facilities. This vessel of 3,450 GT and 92.25 m in length also supplied 25 tons of diesel from the same supplier and “Jose Salama & Co. Ltd.” was the ship agent.

In the same line, the port of Ceuta has been expanding its product offer with the new VLSFO (Very Low Sulphur Fuel oil) marine fuel provided by Vilma Oil, which is another step in the strategy of the port of Ceuta to boost its positioning as a reference of fuel supply services to ships in the Strait, as it is a key geographic-logistic core for international navigation routes.

The Port of Ceuta finished the month of October reaching the figure of 665.087 tons in supplies to ships, which represents a growth of 6.22%. To all this, we should add the ability to serve ships in the bay by barge, overcoming the limitations that may exist in response to those ships anchored outside the dock.

The Port Authority has been developing commercial policies focused on capturing and increasing this traffic. In this sense, the necessary steps have been taken to achieve this objective through the increase of the supply capacity and the specialization of our services, which implies an increase in traffic and, therefore, an improvement in the port results.