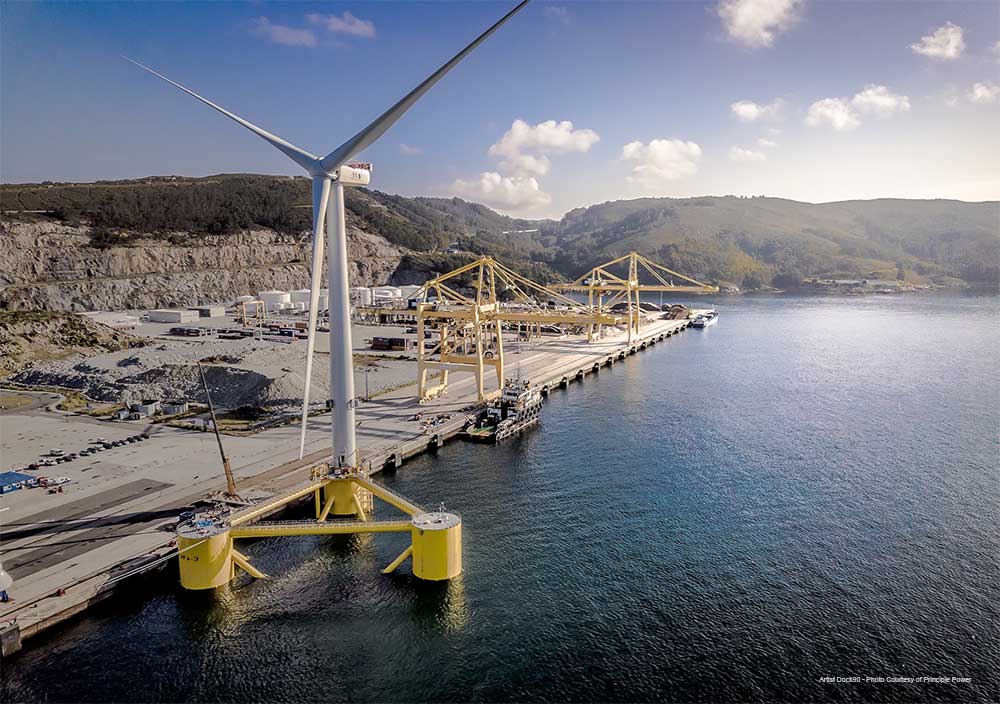 The largest floating wind turbine in the world, an 8.4-megawatt (MW) ABS-classed offshore wind turbine, is about to be installed.

It is the first of three ABS-classed, SEMI Submersible Type units designed by Principle Power housing MHI Vestas turbines that will make up for a total of 25 MWs of floating offshore wind power.  This is continental Europe’s first larger scale floating wind farm, 20 kilometers off the coast of Viana do Castello, Portugal.

“ABS has supported innovation in offshore energy since 1958. This landmark installation underlines how we continue to support promising technology more than 60 years later,” said Christopher J. Wiernicki, ABS Chairman, President and CEO. “Floating turbines enable us to reach offshore wind resources in water that is too deep for conventional bottom-fixed turbines. It is breakthroughs such as this that will make a vital contribution to the global transition to clean energy.”

The project is developed by the Windplus consortium, which is jointly owned by EDP Renováveis, ENGIE, Repsol, and Principle Power Inc., and is scheduled to go online at the end of 2019.  The development is based on the same principles as the original Principle Power designed concept, WindFloat 1, that was installed offshore Portugal in 2011.

“Principle Power is very pleased to work with ABS, once again, in the framework of the WindFloat Atlantic project, building on the successful collaboration of the WindFloat 1 prototype. WindFloat Atlantic represents a major milestone for the floating offshore wind industry as it is the world’s first semi-submersible floating wind farm. We are proud of having led the process of industry standard-setting from the early days, together with ABS, and we look forward to taking the WindFloat technology to full commercialization around the world,” said Steven Barras, Chief Technical Officer at Principle Power.

Thanks to their floating foundations, floating offshore wind farms are not subject to the same depth restrictions as fixed structures and can be at any depth.  With the development of larger turbines above 10 MWs and research focused on shallow water moorings, the floating technology may even be an alternative to traditional bottom- founded technologies in intermediate water depths in the future.

“Large highly-efficient turbines reduce capital costs as well as operating costs, so the deployment of the world’s largest floating offshore turbine is a significant milestone in this emerging industry,” said Matt Tremblay, ABS Senior Vice President, Global Offshore. “As the world’s leading offshore classification organization, we are able to leverage our extensive experience with the oil and gas sectors to support safety and innovation in the offshore wind industry.”

ABS, a leading global provider of classification and technical advisory services to the marine and offshore industries, is committed to setting standards for safety and excellence in design and construction. Focused on safe and practical application of advanced technologies and digital solutions, ABS works with industry and clients to develop accurate and cost-effective compliance, optimized performance and operational efficiency for marine and offshore assets.