A containerized 600 kWh marine battery system will be installed in a trial on board the Maersk Cape Town in December 2019 to improve vessel performance and reliability while reducing CO2 emissions. 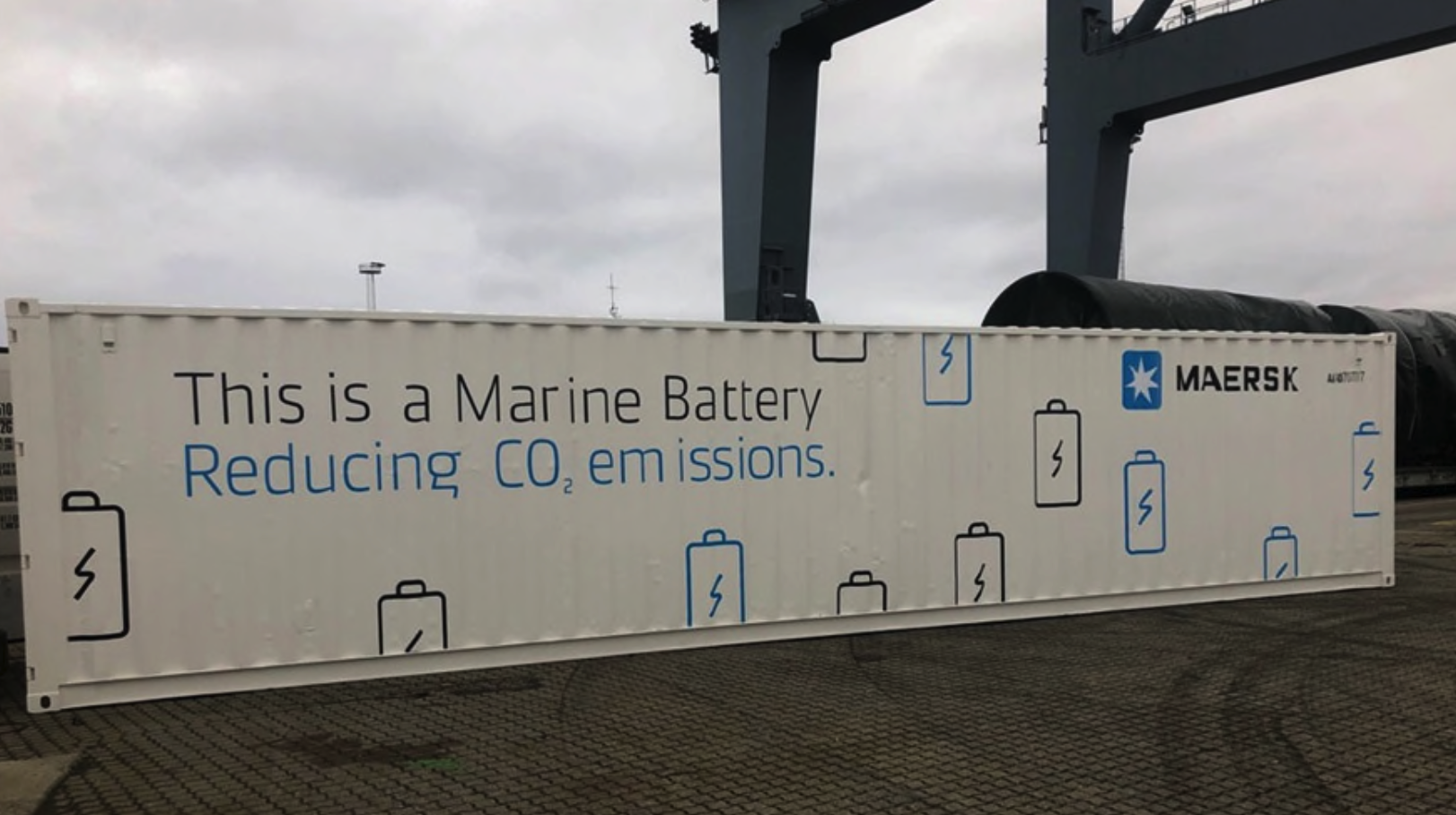 “This trial will provide a greater understanding of energy storage that will support Maersk in moving towards further electrification of its fleet and port terminals. Maersk will continue to facilitate, test, and develop low-carbon solutions on our journey to become carbon neutral by 2050,” explains Søren Toft, Maersk COO.

Propelling marine vessels with battery power alone is still years away from being a technically- and economically viable option. However marine battery systems can be used to improve the efficiency of a vessel’s onboard electrical systems such as the Maersk Cape Town’s generators. By maintaining the vessel’s auxiliary generators at a more optimal load, and avoiding running generators when not needed, overall fuel consumption can be reduced.

Additionally, it will support the generators with up to 1,800 kVA of power during rapid changes in electrical load such as thruster operation. This can reduce generator maintenance requirements. The battery system is also capable of providing redundant power, which can improve reliability at sea by ensuring continuous power supply.

The Maersk Cape Town includes a waste heat recovery system, which is a special feature of many Maersk container vessels. This system increases overall efficiency, as it allows the batteries to charge by capturing electrical energy from heat that would otherwise have been lost out of the exhaust gas system for the main propulsion.

“This exciting pilot – the first of its kind in the industry – will show the potential of battery technologies to keep improving the performance of our vessels while also reducing fuel consumption in our non-propulsion electrical systems,” reinforces Ole Graa, Maersk Head of Fleet Technology.

The containerized battery energy storage system has been manufactured in Odense, Denmark by the system integrator and turnkey supplier Trident Maritime Systems. The battery system will be shortly transported to Singapore and installed on board the Maersk Cape Town.

The vessel is a Singapore-flagged 249-meter long container ship built in 2011 which sails between West Africa and East Asia. The first full voyage with the new system in place will take place next year and will be closely monitored to evaluate the performance of the system against the trial’s ambitions.

Battery modules will be operating within the container in conjunction with other electrical and control components. Maersk has also worked in close collaboration with the American Bureau of Shipping – the vessel’s classification society – to ensure safety and compliance.

The application of battery technology and the understandings gained can enable further innovation across A.P.Moller- Maersk. We have an interest in working with suppliers to grow these possibilities as the technology matures.

A.P. Moller – Maersk is an integrated container logistics company working to connect and simplify its customers’supply chains. As the global leader in shipping services, the company operates in 130 countries and employs roughly 76,000 people.