Canadian company Thordon Bearings has notched up another success story for a customer in the demanding offshore sector, with a bearing and seal installation in “perfect condition” after over three years of operation.

Global Tiger, operated by UAE-based Global Marine Co is a 42m (138ft) crew/supply vessel currently in service in the Middle East. It is one of a pair of all-aluminium crewboats built by Grandweld of Dubai in 2015/2016. The vessel, with 83-person capacity, is powered by a triple-screw Caterpillar propulsion plant, each engine rated at 1450bhp, to give a maximum speed of 26 knots.

Since the vessel was intended for operation in the Middle East, with few shipyards offering full facilities for replacing stern gear seals and bearings, Global Marine was looking for a low-maintenance solution. Previous experience with gland packing had highlighted the need for regular tightening and re-packing, along with wear to the shaft in the packing area.

The customer discussed alternative seals and bearings with Thordon, through its distributor Ocean Power International (OPI) of Dubai, and decided to use Thordon’s SXL propeller shaft bearings with TG100 seals.  Global Marine and OPI worked with builder Grandweld to ensure that the design of the vessel was optimised for the Thordon products. The ship designers modified the original design in accordance with Thordon’s recommended minimum length for seal installation. Global Tiger was delivered in 2016 with SXL bearings and TG100 seals on each of the three 114.3mm (4.5in) A22 Aqualloy Aquamet stainless steel shafts.

After three years of operation, Thordon’s engineers inspected the seals and bearings during a routine docking, and found no sign of wear, with the seals in perfect condition.

Shahram Nazemi of Global Marine highlighted the unrivalled performance of the Thordon products. “This is the first time we had decided to go with seals instead of gland packing,” he said. “Previously, we had to change spare parts at every dry docking. Following our instruction to the shipbuilder to incorporate Thordon TG100 seals in Global Tiger, we are delighted to state that after three years of service, the seals and bearings were found to be in perfect condition and the vessel was able to resume sailing with no maintenance whatever to the stern gear.”

Rafid Qureshi, Managing Director of Ocean Power International, said: “The SXL and TG100 are truly maintenance free alternatives to gland packing. We are pleased to report that the customer is highly satisfied with the performance of Thordon’s seals and bearings on Global Tiger.

“We were able to work with the shipbuilder to modify the design, ensuring that there was sufficient space for the seals, in both horizontal and vertical directions, and we advised that the customer fit a suitable flow meter to monitor flow of water lubricant in order to ensure smooth operation of the seals and give advance warning of any blockage in the system.”

Nazemi concluded: “We appreciate the quality of the Thordon seals and bearings, and the excellent service received from the company and its distributor. We will look to specify the TG100 in our planned newbuilds.” 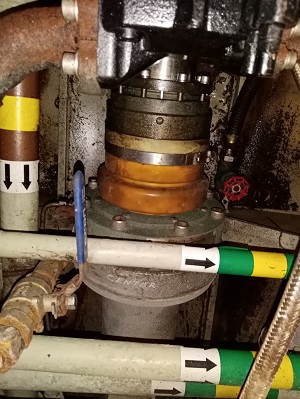 TG100 seal after 3.5 years of stellar service on the Global Tigerfor your content.

High resolution images can be provided by contacting Seaborne Communications

Canada-based Thordon Bearings designs and manufactures a complete range of journal bearing and seal systems for marine, clean power generation, pump and other industrial markets. These products are built using Thordon proprietary non-metallic polymer materials that are lubricated with water eliminating oil or grease usage, meaning ZERO risk of oil pollution to our rivers, lakes and oceans.  Thordon systems and bearings are available worldwide through over 75 agents and distributors. 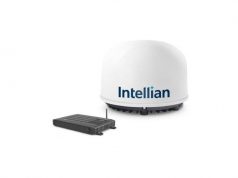 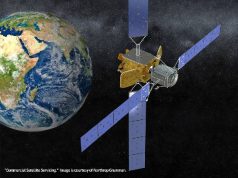 Telenor is forging a new path with THOR 10-02 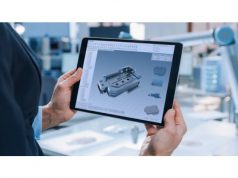