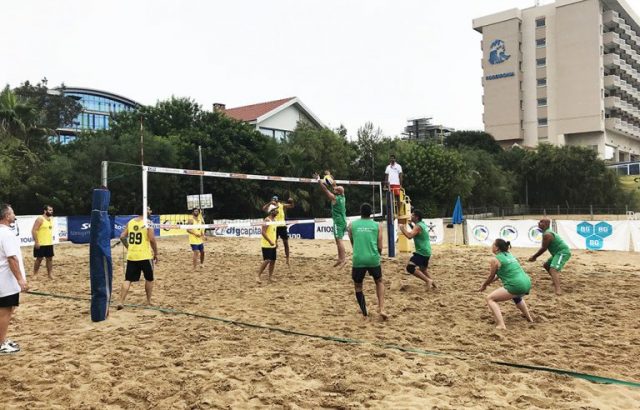 The annual Charity Beach Volley Tournament of the Cyprus Shipping Chamber was held on 31 August, 1, 8 and 15 September at the Cyprus Volleyball Federation courts in Limassol with great success, between the Chamber’s Member-Companies who participated with their teams, supporting the charity work of the Chamber and at the same time enjoying a friendly competition with their families, friends and colleagues. This year the Beach Volley Tournament, was held as part of the Chamber’s various business, social and charity events which aim to mark the occasion of its 30th Anniversary.

This Sporting/Charity event, which is held for more than 25 years by the Chamber, donates the amount raised to the Charity Association “One Dream – One Wish”, whose mission is to provide life incentives to children suffering from cancer, leukaemia and other blood diseases, by fulfilling their wishes and at the same time, offering financial and psychological support to them and their families. It is particularly moving to witness this tournament evolving into an institution over the years, with the constant support of the Chambers’ Member-companies, proving the significant charitable work done by the local Shipping community.

Honorary distinction to CySEC from the Pancyprian Volunteerism Coordinative Council