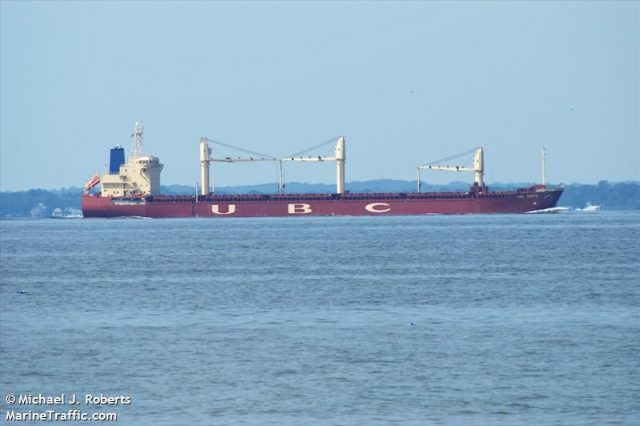 The captain and crew of UBC Tokyo are assisting local authorities in investigations initiated after the crew observed two suspicious bags within the cargo hold mixed with the cargo (petcoke), found to contain approximately 100kg of cocaine.

The cargo was loaded in Barranquilla, Colombia with shore grabs and stevedores.

In line with our stringent policies, ISPS measures were elevated in Barranquilla and several drug searches (holds, deck, superstructure and underwater) were carried out – but did not reveal anything. At this point in time we have no reason to believe that any of our crew were involved in the drug trafficking.
Managers and crew are fully cooperating with local authorities to investigate the matter, whilst we are at the same time supporting our crew in this difficult situation.

Currently the Master is in the custody of the local authorities in order to facilitate investigations.

Piraeus Port the main transit hub for car transportations from China to Europe, North Africa and Near East, in new special containers