Royal Caribbean took delivery of its newest ship, which has become the largest cruise ship in the world

Wonder of the Seas was delivered to Royal Caribbean at some point last week, and departed the Chantiers de l’Atlantique shipyard in Saint-Nazaire on Friday.

The newest cruise ship in Royal Caribbean’s fleet is headed to Marseilles, France, where she will spend some time to get additional work done.

Delivery of a cruise ship means ownership of the vessel is transferred from the shipyard to the buyer, Royal Caribbean.

While the ship now belongs to Royal Caribbean, her first sailing is not scheduled until March 2022.

Construction on Wonder of the Seas began in April 2019 with a steel-cutting ceremony.

Wonder’s debut was pushed back from 2021 to 2022 due to the global health crisis. The impact of worldwide port and shipyard closures has created delays in the construction schedule and delivery of Wonder.

The pandemic not only impacted Wonder’s delivery date, but also where she would sail from. Instead of sailing from Shanghai, China to become the first Oasis Class cruise ship to be homeported in Asia, she will now sail from the United States and Europe initially.

Chantiers de l’Atlantique General Manager, Laurent Castaing, celebrated the delivery of Wonder, “At our yard, we are aware that we have designed and built one of the most exceptional ships in the history of the cruise market.”

“Wonder of the Seas is a unique synthesis of innovation, state-of-the-art technologies, and savoir-faire of thousands of engineers and skilled workers. This splendid ship is really a symbol of the faithful and fruitful partnership we have established with Royal Caribbean International for nearly four decades.”

At 236,857 gross tons, Wonder of the Seas is the fifth Oasis Class cruise ship and takes the title from Symphony of the Seas as the biggest in the world.

In fact, Wonder has 100 cabins more than Symphony of the Seas. 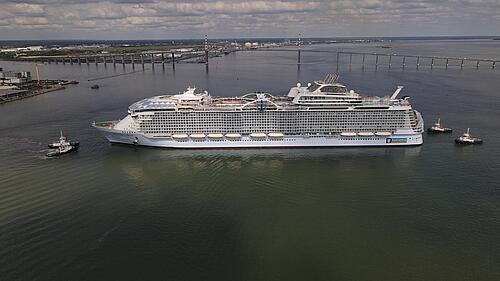 Not only is Wonder of the Seas bigger than her sister Oasis Class ships, she has an extra neighborhood onboard dedicated just to suite guests.

The eighth neighborhood offers Royal Suite Class guests private spaces, such as an exclusive deck with its own pool, bar and plenty of sun loungers, as well as nooks for lounging.

What’s next for Wonder of the Seas 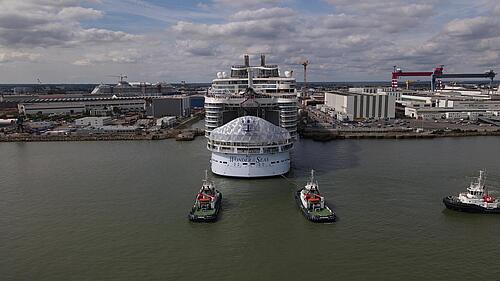 She will then transition to the Mediterranean, beginning May 2022. 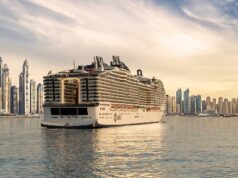 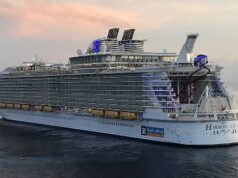 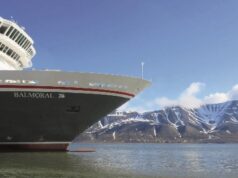