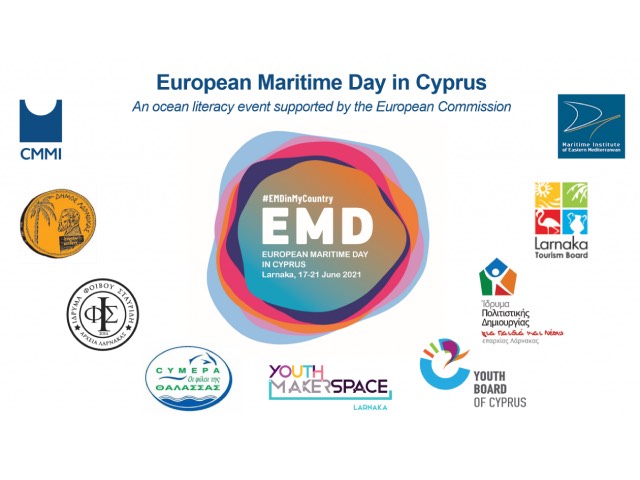 The “European Maritime Day in Cyprus” event successfully took place in the city of Larnaca in Cyprus between the 17th and 21st of June with the participation of the public and especially children and young people. The event was held in Cyprus for the first time!

The organisers of the event were the Cyprus Marine and Maritime Institute (CMMI), the Municipality of Larnaca, the Phivos Stavrides Foundation, the Youth Board of Cyprus, the Youth Makerspace Larnaka, the Larnaka Tourism Board, the Larnaca Cultural Foundation, the Cyprus Marine Environment Protection Association (CYMEPA) and the Maritime Institute of Eastern Mediterranean (MarInEM). The event was supported by the European Commission and a number of local organizations. 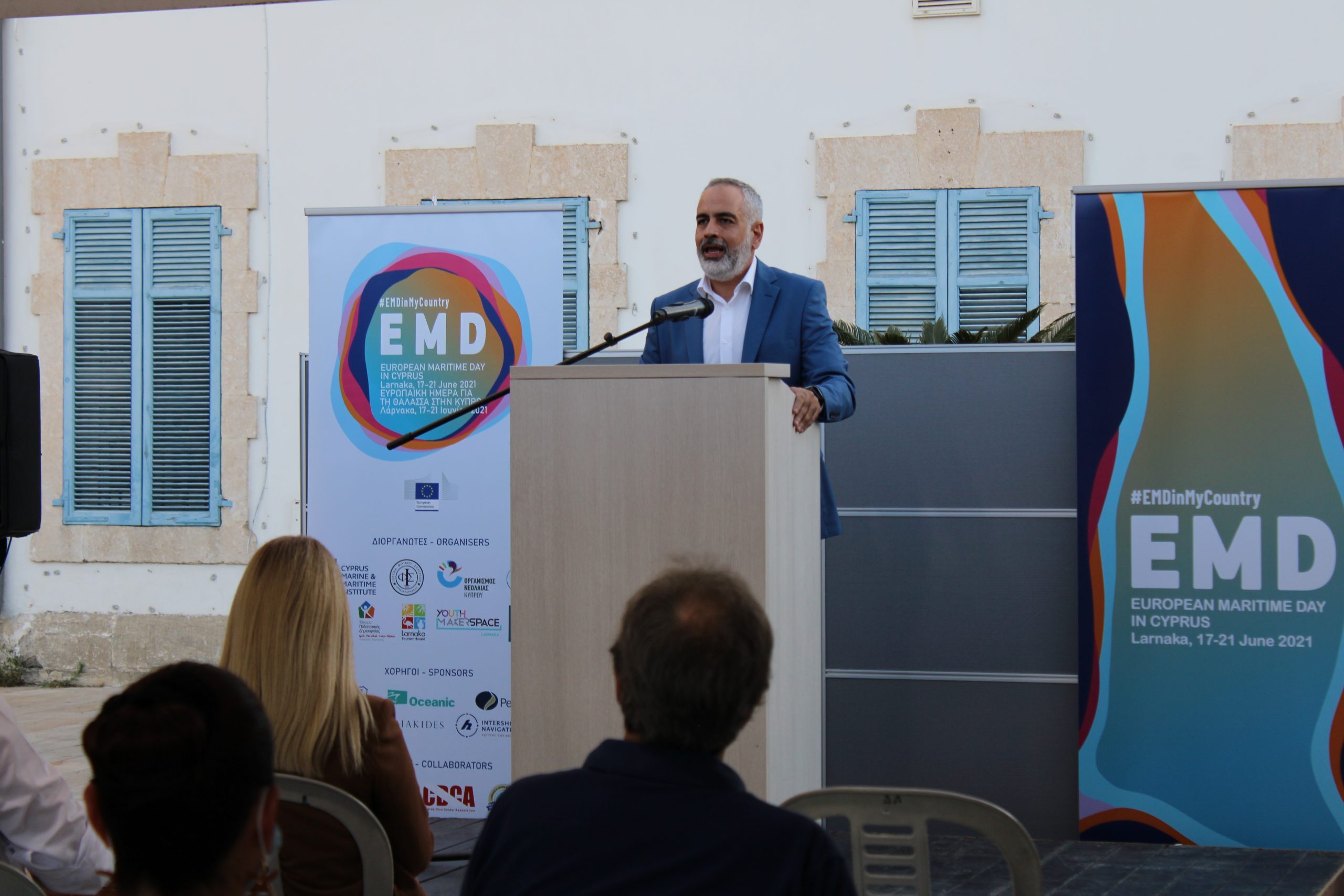 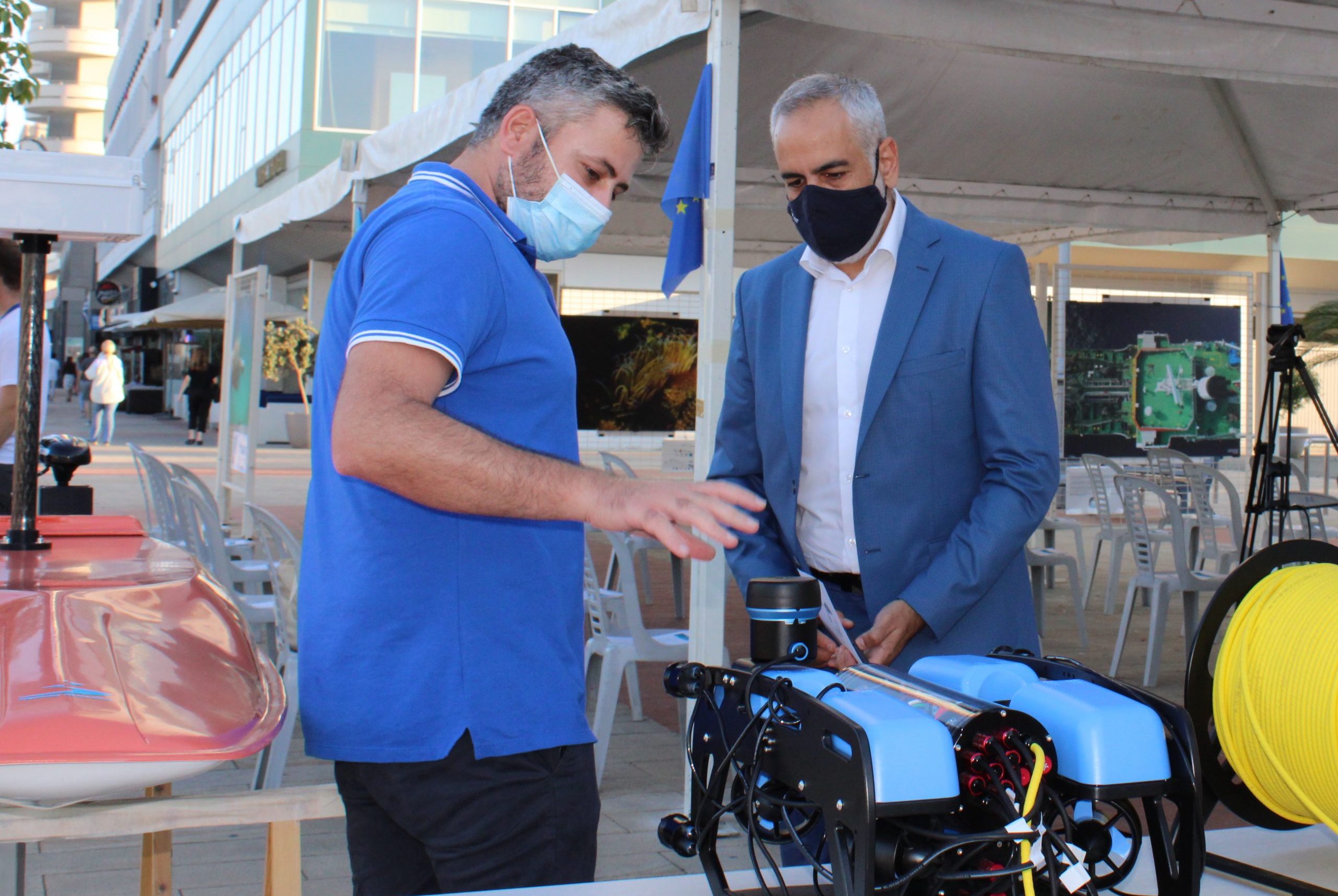 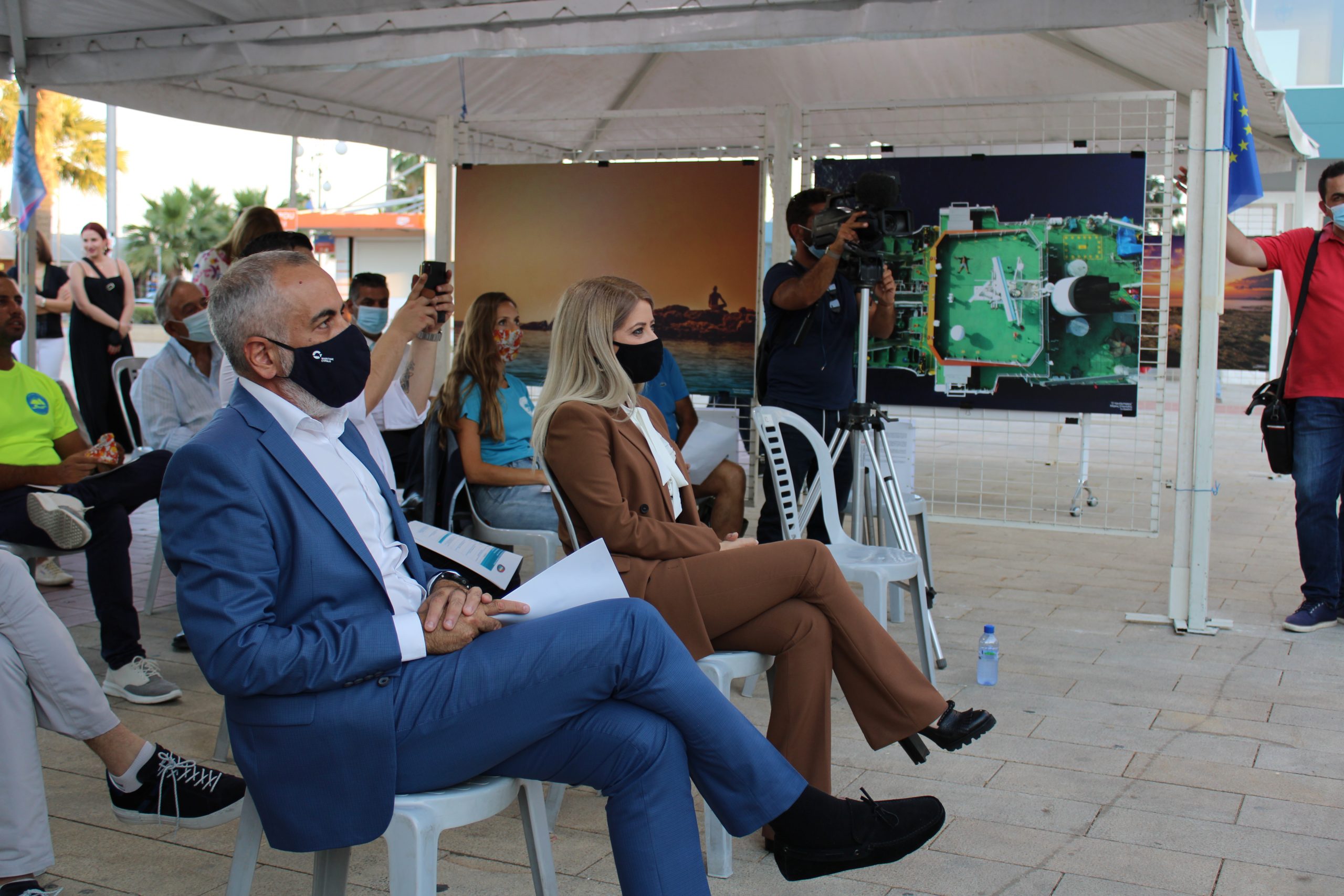 The “European Maritime Day in Cyprus” was one of 232 events that took place this year across Europe between April and June 2021 in honour of the “European Maritime Day” which is celebrated annually on May 20th. During the 5-day event in Larnaca, a series of interactive, social, artistic and environmental activities took place with the participation of government officials, children, young people, parents, tourists and volunteers. These activities included among other, mini cruises along the Larnaca seaside, a photo competition and photo exhibition having the Sea as their theme, a demonstration of CMMI’s autonomous or remotely controlled vessels, a beach cleaning activity at the Mackenzie area with the participation of the Commissioner for the Environment, Mrs. Klelia Vasileiou, a seabed cleaning activity at the Larnaca fish port with the participation of volunteering divers, as well as interactive workshops and games, such as the construction of wooden boats, decoration of pebbles, creation of 3D fishes with carboard and an observation game titled “Exploring Larnaca”. The aim of these activities was to inform and educate – in a creative and entertaining way – people of all ages about the importance of the Sea and to bring them closer to it. It needs to be emphasised that all relevant COVID-19 restrictive measures were followed during the entire event. 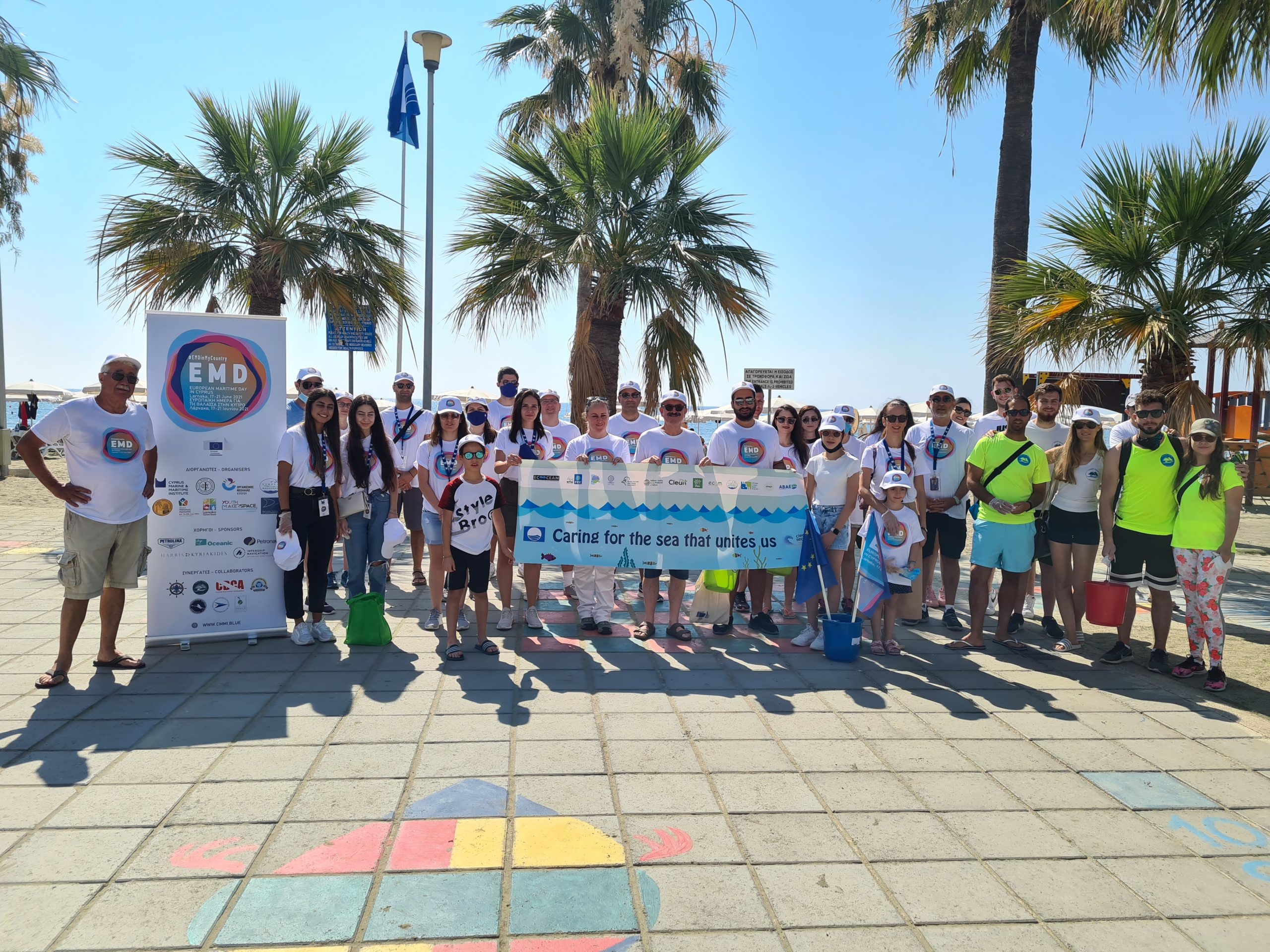 The opening ceremony of the event took place on Friday, 18th of June, at the Europe Square in the presence of government officials. In particular, the event was addressed by the Speaker of the House of Representatives, Mrs. Annita Demetriou, the Deputy Minister of Shipping, Mr. Vassilis Demetriades, the Mayor of Larnaca, Mr. Andreas Vyras and the CEO of CMMI, Mr. Zacharias Siokouros. During her speech, Mrs. Demetriou stressed that “initiatives such as this one which aim to promote the importance of the Sea and marine and maritime professions are a priority for the European institutions.” She also congratulated all organisers “because through such activities and initiatives they will manage to engage children and young people who are the future of our country”. Mr. Demetriades stated that “the event is fully in line with the objectives and initiatives of the Deputy Ministry of Shipping aiming to share the love and passion we all have for the Sea with our young people.” He added that “Cyprus is an island and therefore, we have the obligation to bring the people and especially the new generations closer to the Sea, closer to Blue professions and closer to our Shipping”. Subsequently, Mr. Vyras highlighted that “in Larnaca we have been celebrating the Sea for 100 years, as the Kataklysmos (Flood) Festival is a celebration of the Sea. The European Maritime Day in Cyprus is directly related to the celebration of the Kataklysmos Festival”. He noted that “although this year we did not manage to celebrate the Festival as we usually do due to the COVID-19 situation, nevertheless through this event its spirit is further strengthened”. Mr. Vyras expressed his hope that “next year we will all manage to meet and celebrate together our Sea both in the context of the Kataklysmos Festival and the European Maritime Day in Cyprus”. The last speaker of the opening ceremony, Mr. Siokouros, thanked the President of the House of Representatives, the Deputy Minister of Shipping and the Mayor of Larnaca for their presence and support, stating that “we overcame many challenges to make this event happen. Our efforts started two years ago when we submitted a proposal to the European Commission to organise this event. The proposal was approved, but due to the COVID-19 situation, the event was cancelled last year, so we had to resubmit our proposal, which was fortunately approved once again.” He continued by expressing how moved he was “by the enthusiasm and support that we received from various collaborators, volunteers and sponsors as well as from the public, which resulted in continuously enhancing and enriching the program of the event”. 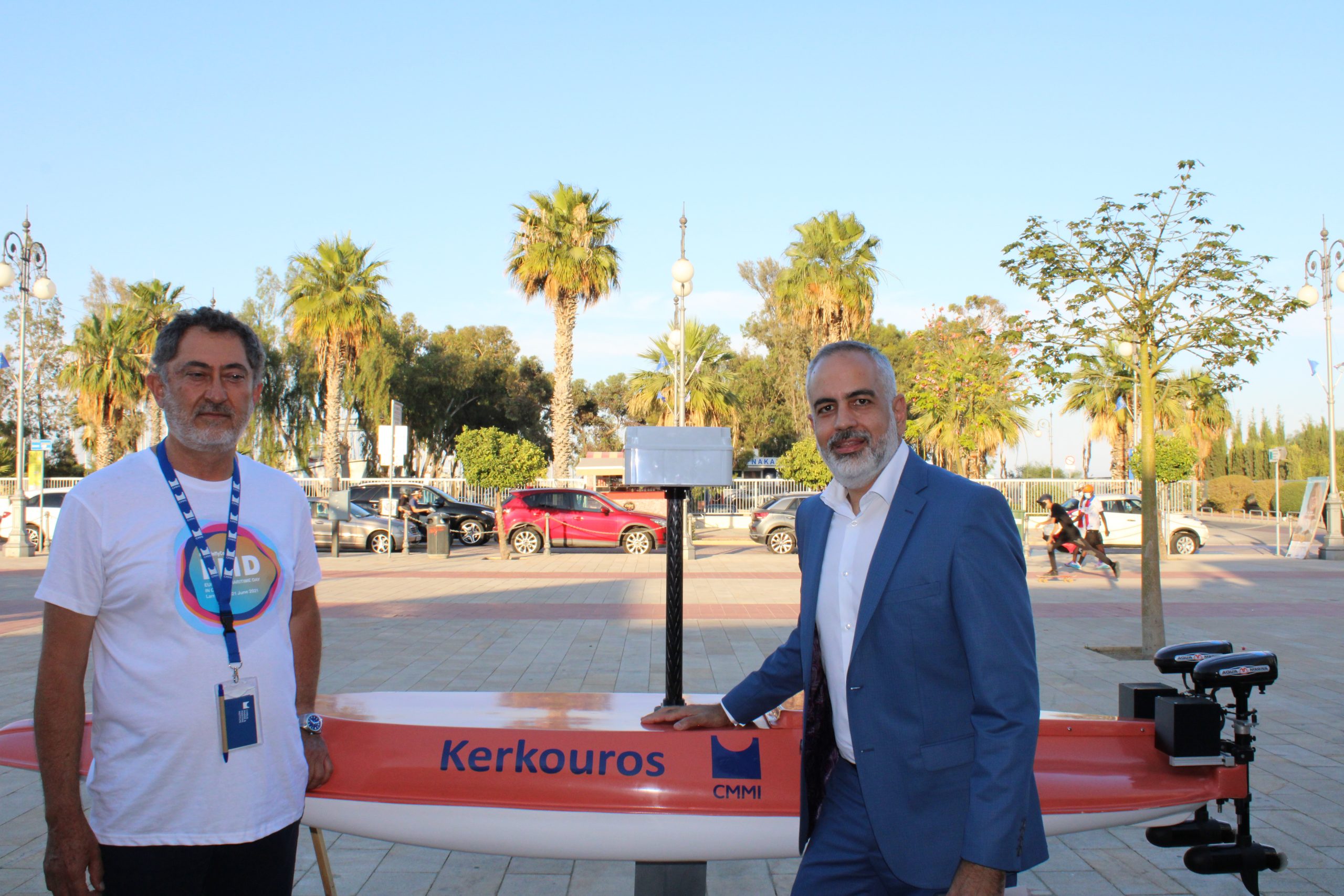 The closing ceremony of the event took place on Monday, 21st of June, at the Europe Square, during which prizes were awarded to the winners of the “Name a Reef” competition, in which all primary schools of Larnaca District participated, as well as to the winners of the Photo Competition titled “Our Sea”. The awards were given by the Speaker of the House of Representatives, Mrs. Annita Demetriou, the Director of the Department of Fisheries and Marine Research, Mrs. Marina Argyrou and the Mayor of Larnaca, Mr. Andreas Vyras. During the ceremony, Mrs. Demetriou stated that “the participation of so many children and young people in all activities of the event is an important achievement. Being able to educate them on the importance of protecting the environment and our Sea is particularly critical for the future of our island”. She then called on all stakeholders, stressing that “we must all work together for the common good, the sustainable development of our island. Our common goal is the development and progress of our country, our cities, primarily for the sake of our children and then for sake of each one of us.” Then, Mr. Vyras took the floor and mentioned that “the Municipality of Larnaca participated in the EU project for the establishment of the Cyprus Marine and Maritime Institute in Larnaca in order to create prospects for a better future for our city and our country. Prospects for the promotion of an economic model of sustainable development, for the protection of our marine environment “. To achieve this, he stressed that “we must start from the ground up and build a solid foundation. In this regard, the support and cooperation of the schools is of catalytic importance”. Next, Mrs. Argyrou took the floor and congratulated the organisers for this initiative. She also expressed how amazed and moved she was by the work, the creativity and imagination of both the students and schoolteachers who participated in the “Name a Reef” competition which was held under the auspices of the Department of Fisheries and Marine Research. Finally, the CEO of CMMI, Mr. Siokouros, thanked all the organisers and collaborating organisations who contributed to the success of the event stating that “the participation and enthusiasm of people of all ages exceeded our expectations.” He pointed out that “CMMI as a Centre of Excellence for Research and Innovation in the Marine and Maritime sectors is not isolated from the social fabric. It is a part of Larnaca, a part of its life and progress”. He also revealed that “the 5-day celebration of our Sea, will take place from next year onwards in other coastal cities of Cyprus and will embrace more stakeholders, organisations and entities. Our goal is for the European Maritime Day in Cyprus to become an annual national tradition.” 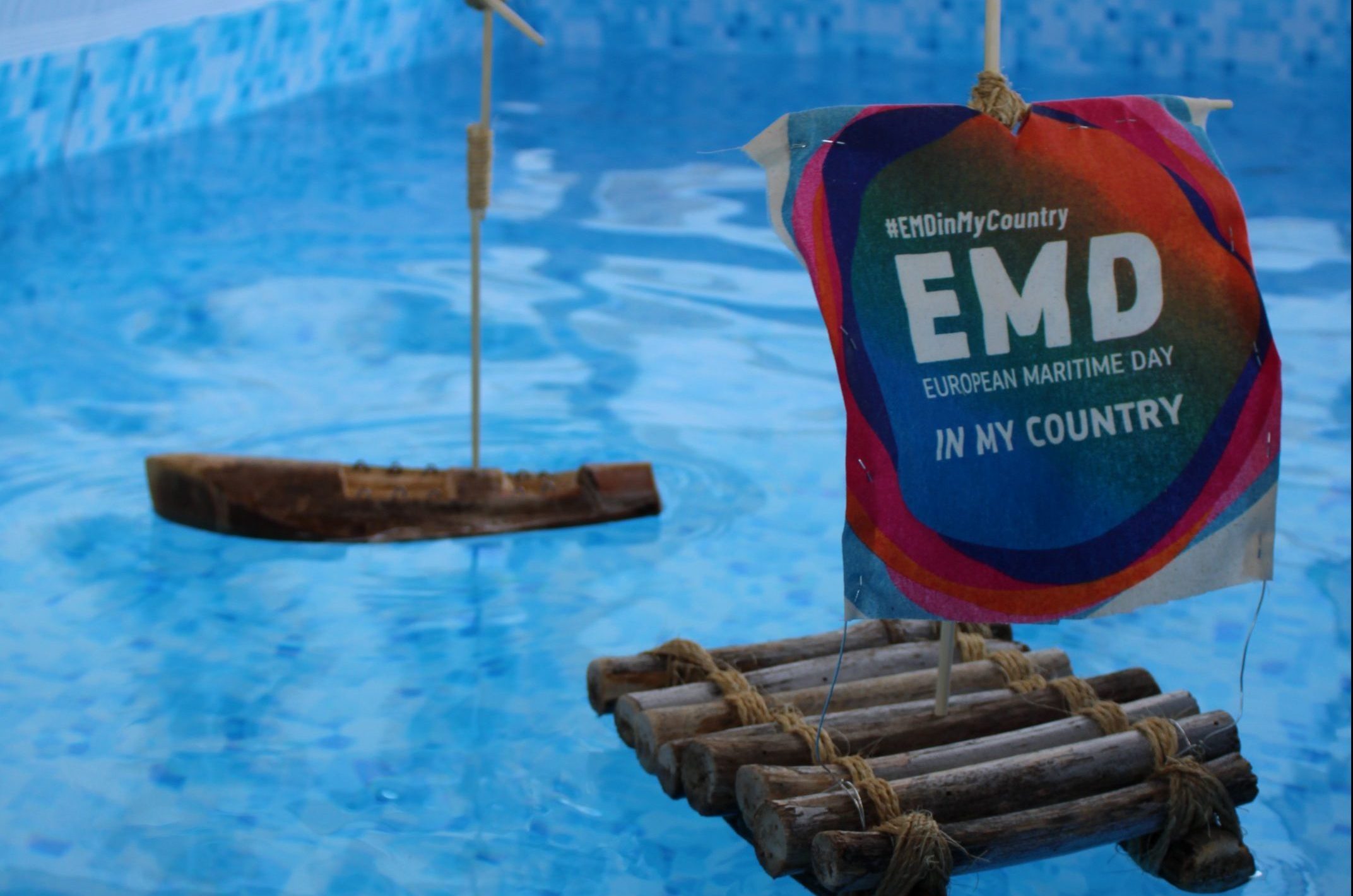