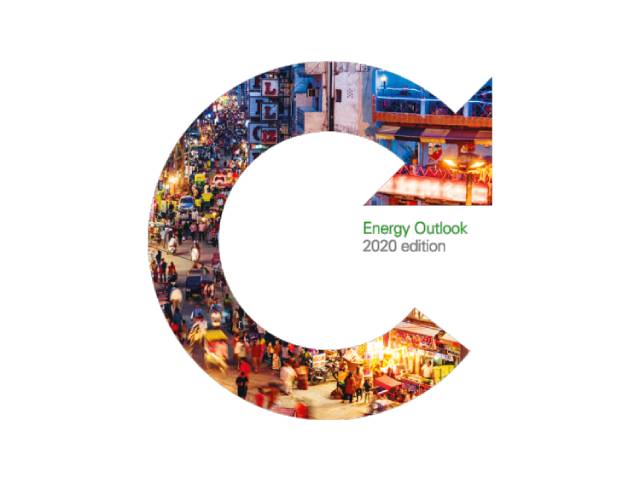 The 2020 edition of the bp Energy Outlook explores possible paths for the global energy ‎transition, how global energy markets may evolve over the next thirty years and the key ‎uncertainties that may shape them. Looking out to 2050 – a decade further than in previous ‎editions – the Outlook is focused around three main scenarios.‎

In the main scenarios it considers, global energy demand continues to grow for at least part of ‎the period to 2050. However, over this time, the structure of energy demand fundamentally ‎shifts, with a declining role for fossil fuels offset by an increasing share for renewable energy ‎and a growing role for electricity. ‎bp’s chief economist, Spencer Dale, will present the Outlook today at the start of this week’s ‎series of capital markets presentations in which CEO Bernard Looney and bp’s leadership ‎team will provide greater detail on the new strategy that bp introduced last month. ‎Bernard Looney commented: “The bp Energy Outlook is invaluable in helping us better ‎understand the changing energy landscape and it was instrumental in helping us develop our ‎new strategy. This year the Outlook reaches out a decade further than before, to 2050 – the ‎year by which we intend to deliver our net zero ambition.
‎
‎“Even as the pandemic has dramatically reduced global carbon emissions, the world remains ‎on an unsustainable path. However, the analysis in the Outlook shows that, with decisive ‎policy measures and more low carbon choices from both companies and consumers, the ‎energy transition still can be delivered. ‎‎“It is one of the reasons I remain optimistic about the future and I hope readers will find the ‎report helpful as we all try to make a difference.”‎

The 2020 Outlook explores the energy transition to 2050 using three main scenarios. These ‎are not predictions but, based on alternative assumptions about policies and societal ‎preferences, are designed to help explore the range of outcomes possible over the next 30 ‎years.

Both the Rapid and Net Zero scenarios assume a significant increase in carbon prices, ‎reaching $250/tonne of CO2 in the developed world by 2050 and $175/tonne in emerging ‎economies. This is much lower in the BAU scenario, with carbon prices reaching only $65 and ‎‎$35/tonne CO2 by 2050 on average in developed and emerging economies respectively.  ‎

Spencer Dale said: “The role of the Energy Outlook is not to predict or forecast how the ‎energy system is likely to change over time. We can’t predict the future; all the scenarios ‎discussed in this year’s Outlook will be wrong. Rather, the Outlook uses these different ‎scenarios to help better understand the range of uncertainty we face as the energy system ‎transitions to a lower carbon world. Improving our understanding of this uncertainty is an ‎important input into designing a strategy that is robust and resilient to the range of outcomes ‎we may face.”‎

Key themes from the Outlook

Growing energy demand: in all three scenarios, global energy demand grows, driven by ‎increasing prosperity and living standards in the emerging world. Primary energy demand ‎plateaus in the second half of the Outlook in Rapid and Net Zero as improvements in energy ‎efficiency accelerate. In BAU, demand continues to grow throughout the Outlook, reaching ‎around 25% higher by 2050.

Fundamentally restructured global energy systems: the transition to a lower carbon energy ‎system results in a more diverse energy mix, as all three scenarios see a decline in the share ‎of the global energy system for hydrocarbons and a corresponding increase in renewable ‎energy as the world increasingly electrifies. The scale of the shift varies significantly across ‎the scenarios, with the share of hydrocarbons in primary energy declining from around 85% in ‎‎2018 to between 65-20% by 2050 and renewable energy rising to 20-60%.‎

Falling demand for oil: the scenarios all see oil demand fall over the next 30 years: 10% lower ‎by 2050 in BAU, around 55% lower in Rapid and 80% lower in Net Zero. In BAU demand ‎plateaus in the early 2020s and in both Rapid and Net Zero oil demand never fully recovers ‎from the fall caused by Covid-19. The decline in oil demand is driven by the increasing ‎efficiency and electrification of road transportation. In all three scenarios the use of oil in ‎transport peaks in the mid- to late-2020s. The share of oil in meeting transport demand falls ‎from over 90% in 2018 to around 80% by 2050 in BAU, but to 40% in Rapid and to just 20% ‎in Net Zero.‎

More resilient gas: the outlook for gas is helped by broad-based demand and the increasing ‎availability of global supplies. Global demand varies significantly across the scenarios. It peaks ‎in the mid-2030s in Rapid and in the mid-2020s in Net Zero, and in those two scenarios by ‎‎2050 is broadly similar to 2018 and around a third lower, respectively. In BAU, gas demand ‎increases throughout the next 30 years to be around a third higher by 2050.  Natural gas can ‎potentially play two important roles in an accelerated transition to a low carbon energy ‎system: supporting a shift away from coal in fast growing, developing economies where ‎renewables and other non-fossil fuels may not be able to grow sufficiently quickly to replace ‎coal; and combined with CCUS as a source of (near) zero-carbon power. Gas combined with ‎CCUS accounts for between 8-10% of primary energy by 2050 in Rapid and Net Zero.‎

Wind and solar lead fast growth in renewable energy: renewables are the fastest growing ‎source of energy over the next 30 years in all the scenarios. The share of primary energy from ‎renewables grows from around 5% in 2018 to 60% by 2050 in Net Zero, 45% in Rapid and ‎‎20% in BAU. Wind and solar power dominate this growth, underpinned by continuing falls in ‎development costs, lower in 2050 by around 30% and 65% for wind and solar respectively in ‎Rapid and by 35% and 70% in Net Zero. The growth requires a significant acceleration in the ‎build out of renewable capacity. In Rapid and Net Zero the average annual increase in wind ‎and solar capacity over the first half of the Outlook is around 350 GW and 550 GW ‎respectively, compared to the annual average of around 60 GW since 2000.

The world continues to electrify: decarbonization of the energy system leads to increasing ‎amounts of final energy use being electrified. By 2050 the share of electricity in total final ‎consumption increases from a little over 20% in 2018 to 34% in BAU, 45% in Rapid and over ‎‎50% in Net Zero. The growth of global power generation is dominated by renewable energy, ‎accounting for the entire growth in Rapid and Net Zero and for around three quarters in BAU. ‎The changing fuel mix, combined with the increasing use of CCUS, sees carbon emissions ‎from the power sector decrease by over 80% in Rapid, compared with just 10% in BAU. ‎

Hydrogen and bioenergy grow: as the energy system progressively decarbonizes, there are ‎increasing roles for both hydrogen and bioenergy. Use of hydrogen increases in the second ‎half of the Outlook in Rapid and Net Zero, particularly in activities which are harder or more ‎costly to electrify. By 2050, hydrogen accounts for around 7% of final energy consumption ‎‎(excluding non-combusted) in Rapid and 16% in Net Zero.  The shift away from traditional ‎hydrocarbons also leads to an increasing role for bioenergy including: liquid biofuels used ‎largely in transport; biomethane which can substitute for natural gas; and biomass used ‎predominantly in the power sector. By 2050, bioenergy accounts for around 7% of primary ‎energy in Rapid and almost 10% in Net Zero. ‎

The world is on an unsustainable path: the scenarios show that achieving a rapid and ‎sustained fall in carbon emissions is likely to require a series of policy measures, led by a ‎significant increase in carbon prices. These polices may need to be further reinforced by shifts ‎in societal behaviours and preferences. Delaying these policies measures and societal shifts ‎may significantly increase the scale of the challenge and lead to significant additional ‎economic costs and disruption. The risks of such a delay are also explored in an additional ‎Delayed and Disorderly scenario in this year’s Outlook.‎